Human Rights Past and Present: Speakers 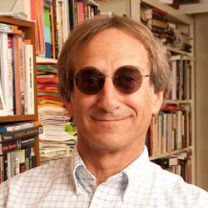 Dr. Rick Halperin began teaching human rights courses in 1990 in the William P. Clements Department of History. After being chosen as Director of the new Embrey Human Rights Program, he began overseeing its academic program, planning its public events, and developing a wide array of human rights focused trips. Halperin has held many leadership positions in human rights and social justice organizations. During his more than 40-year affiliation with Amnesty International USA, he has served as chair of its board of directors three times. He has also served on the boards of the National Coalition to Abolish the Death Penalty, the Center for Survivors of Torture, the International Rescue Committee, and the Texas Coalition to Abolish the Death Penalty. He has participated in a U.N. human rights delegation that inspected Irish prison conditions in Dublin and Belfast, as well as in delegations monitoring human rights in El Salvador and Palestinian refugee camps in Gaza.
Halperin holds degrees in Southern U.S. History from Auburn University (PhD, 1978), Southern U.S. History from Southern Methodist University (MA, 1974), and U.S. History from George Washington University (BA, 1971). He also studied at The Sorbonne in Paris (1968-1969). 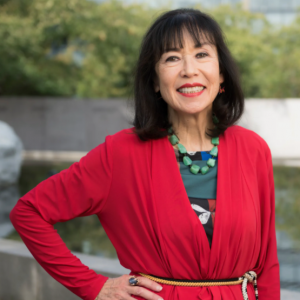 Dr. Karen Korematsu is the Founder and Executive Director of the Fred T. Korematsu Institute and the daughter of the late civil rights icon, Fred Korematsu. Since her father’s passing in 2005, Karen has carried on his legacy as a public speaker, educator, and civil rights advocate. She shares her father’s passion for social justice and education and in 2009 established the Fred T. Korematsu Institute to advance racial equity, social justice, and human rights for all. The Institute’s work has expanded from K-12 civic education to promoting Public civic engagement and participation. Karen crisscrosses the country speaking to audiences from Kindergarten to Judges and inspiring and promoting Fred Korematsu Day of Civil Liberties and the Constitution of January 30. Karen’s work extends to advocating civil liberties and social justice for all communities and addresses current issues that draws upon lessons of the past. She has presented to Teachers College Columbia University, NY, New York and since 2012, the National and State Councils for the Social Studies and was Co-chair of the Annual National Council for the Social Studies (NCSS) Conference, 2017. She has signed on to amicus briefs in several cases opposing violations of constitutional rights arising after 9/11, including Odah v. United States, Turkman v. Ashcroft, Hedges v. Obama, and Hassan v. City of New York and Hawaii v. Trump in 2018. In 2015, Karen was inducted as the first non-lawyer member of the National Asian Pacific American Bar Association. She serves on the board of directors of Advancing Justice-AAJC and NAPABA Law Foundation. Karen has been interviewed on radio, podcasts, and TV. Her Op/Ed’s have appeared in the NY Times and Washington Post. Karen has received numerous awards and honors including GMNY 2015 Isidore Starr Award, Muslim Advocates-Voice of Freedom Award; the “Key to the City of Dearborn, Michigan”; and the ACLU-Chief Justice Earl Warren Civil Liberties Award. In May 2019, Karen received the Asian Pacific American Institute for Congressional Studies (APAICS) Community Leadership Award, Washington, DC. Karen received her first honorary Doctorate of Humane Letters from St. Michael’s College in Burlington, Vermont in May 2019. 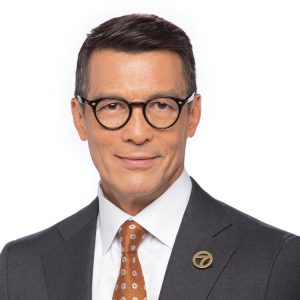 David Ono is the anchor for ABC7 Eyewitness News at 4pm and 6pm, the top rated newscasts in all of Los Angeles. He also anchors Eyewitness News on KDOC-TV at 7pm. Mr. Ono joined ABC7 in 1996 and during that time has witnessed history worldwide, covering Hurricane Katrina, Haiti’s earthquake and Japan’s tsunami. He traveled across Europe and Asia chronicling brave acts of the Nisei soldier from World War II. Ono has attended two Royal Weddings, Prince William’s in London in 2011 and Prince Harry’s in Windsor in 2018. He’s tracked drug runners through Central America and reported live from Boston after the tragic marathon bombing. He’s covered terrorism from Paris not only in 2015 as the historic city was cripple with fear, but also in 2002 after a plot was foiled to bring down the Eiffel Tower. Ono has trained with the FBI, the elite Los Angeles Sheriff’s SWAT team, ICE and the Los Angeles Port Police. Three times President Obama has invited him to the White House. Twice for exclusive one on one interviews, and once to make a speech about inclusion in America. Mr. Ono has extensively covered the Pope. He witnessed white smoke at the Vatican twice – in 2005 for the selection of Pope Benedict the 16th and 2013 for the selection of Pope Francis. He also covered Francis’s historic visit to the United States in 2015 and his visit to Mexico in 2016. He has produced multiple award-winning documentaries, including The Legacy of Heart Mountain about a Japanese American internee relocation center, and two of which have made their way to the Smithsonian Institution. Mr. Ono has won 9 Edward R. Murrow awards, 28 Emmys, 2 RTDNA National Unity Awards, 6 AAJA National Journalism Awards, and was honored with the Distinguished Journalist Award by the Society of Professional Journalists. 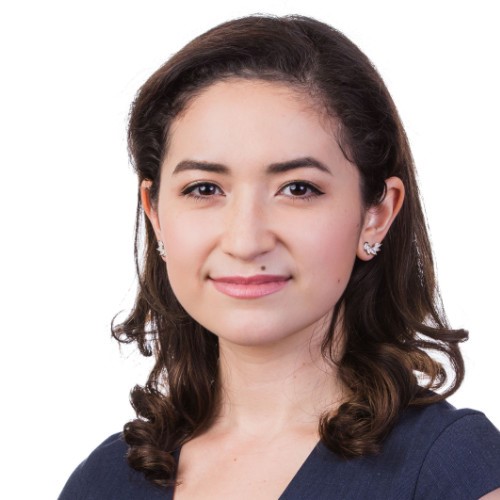 Hana Rudolph is the Assistant Director of American Jewish Committee’s Asia Pacific Institute (API) in New York. At API, she coordinates high-level diplomatic and political outreach in the U.S. and across Asia, furthers cooperation between international and local partners, and manages content for API’s social and traditional media. Prior to working at API, she was a political analyst at MUFG Bank (formerly Bank of Tokyo-Mitsubishi UFJ), associate director of programs at the Maureen and Mike Mansfield Foundation, and research associate at the Henry L. Stimson Center. She has an M.A. in Global Security Studies and B.A. in Political Science and East Asian Studies from Johns Hopkins University.