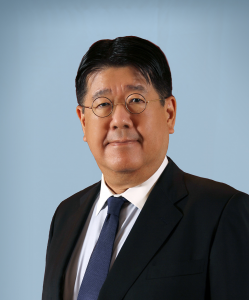 In April 2019, Hiro Hyakutome was appointed Managing Executive Officer and CEO of SMBC Americas Holdings, Inc. He is based in New York. Prior to his current appointment, he was Deputy Head of the Asia Growing Markets Division from April 2018 to March 2019, and was based in Jakarta, Indonesia.

Hiro is a 32-year veteran of SMBC and has spent many years of his career in corporate banking, structured finance, and business development. Hiro was based in Tokyo between 2011 and 2017. During that time, he was General Manager of the Planning Department for the International Banking Unit (2017), General Manager of the Emerging Markets Business Department (2013–2016), and General Manager of Business Development for the International Banking Unit (2011–2012). He was promoted to Executive Officer of SMBC in April 2016 and was promoted to Managing Executive Officer in April 2018. Hiro was based in New York from 1993 until 2011, and held managerial positions in the special credit, corporate finance, structured finance, and leasing finance departments. Hiro joined a predecessor bank of SMBC in 1988.

He holds a Bachelor of Arts from Osaka University of Foreign Studies (1988) and an MBA from the Kellogg School of Management at Northwestern University (1993). He attended the University of Wisconsin-Madison as an undergraduate exchange student. 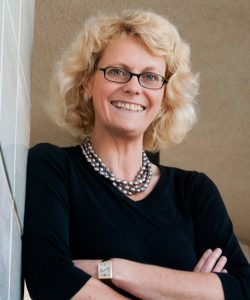 Ulrike Schaede is the Director of JFIT (Japan Forum for Innovation and Technology), and head of the International Management track at the school. She is, in fact, a certified “Japanologist”, as she earned her M.A. and Dr. Phil. in Japan Studies (or, in German, “Japanologie”) and Economics at the Universities of Bonn and Marburg, respectively.

Her core research interest is to analyze and juxtapose different systems of capitalism and ways of organizing business, in order to identify the social and economic efficiency consequences of these differences. Her mode of exploration is to study in great detail the business strategies and surrounding institutions of political economy and business culture — a system well-known to differ from the U.S. along important dimensions.

Ulrike is the author of 7 books and more than 50 papers on Japanese business organization, strategy and management. Study areas include Japan’s changing corporate strategies in light of globalization and Japan’s business culture, as well as financial market reorganization, corporate governance, employment, manufacturing, and innovation in the new digital economy. She has spent more than nine years of research and study in Japan, and she currently serves as an Fellow and Advisor to the “Innovation Network for Co-Creating the Future” (INCF) at Mitsubishi Research Institute, and the Life Science Innovation Network Japan (LINK-J) in Tokyo.