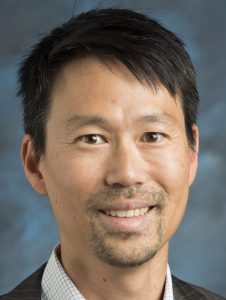 Dr. Gene Park is Director of the Global Policy Institute and Associate Professor of Political Science and International Relations at Loyola Marymount University (LMU). Prior to arriving at LMU, he taught at Baruch College, City University of New York. Professor Park was also a Shorenstein Fellow at Stanford University’s Asia Pacific Research Center. In addition, he spent two years as a researcher at Japan’s Ministry of Finance. He also has had affiliations with the Stockholm School of Economics and Keio University in Tokyo. He is a member of the Maureen and Mike Mansfield Foundation’s U.S.-Japan Network for the Future.

His published work includes Taming Japan’s Deflation: The Debate Over Unconventional Monetary Policy, a co-authored book, from Cornell University Press (2018), a co-edited volume with Eisaku Ide entitled, Deficits and Debt in the Industrialized Democracies (Routledge, 2015), and Spending without Taxation: FILP and the Politics of Public Finance in Japan (Stanford University Press, 2011). Dr. Park received a B.A. in Philosophy from Swarthmore College and Ph.D. in Political Science from University of California Berkeley. He is a former Fulbright Scholar.