Gaming, Digital Entertainment, and Cool Japan in the Era of COVID-19 Speakers 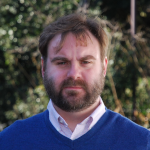 Since I started my professional life, I have maintained two parallel careers, one in the press and another in game development. This has given me a unique insight into the creative aspect of how a medium like gaming is structured.

Not to mention that working at companies like Disney gave me a means to understand how the film industry and especially Hollywood operates.

These days I am based in Japan and work as both a game director as well as a writer for Forbes. My remit on the latter is to cover Japanese pop-culture and games. In addition to this, I also cover Japanese toys for various outlets. These are mainly of the mecha variety.

In regards to my background and interests, I am British and come from a musical background, playing the trumpet to Grade VIII level and having sung as a chorister for the London Philharmonic in various performances. I also love literature and am still an avid reader.

Naomi Clark has been designing and producing games for over twenty years. She’s helped create games for a wide variety of platforms and audiences, from construction games for kids at LEGO to light-hearted strategy games, mobile sim-management games, and games for conferences and classrooms. Naomi is a Japanese-American who spent some of her school years with family in Osaka and Yokohama. Her most recent game, Consentacle, is a cooperative card game for two players that attempts to upend tired stereotypes about “tentacle porn” by creating a playful space where communication and mutual understanding is paramount. She’s also part of the faculty at the NYU Game Center, where she teaches classes on the foundations of game design, user research, and tabletop role-playing.

In addition to game coverage, Matt has also been part of game creation; after a stint as lead designer of Ubisoft’s experimental New York studio in the early 2000s, Matt would become involved in indie development, by either producing games himself or helping others with theirs, as an consultant & instructor. Matt is also part of Death By Audio Arcade, which recently established Wonderville, Brooklyn’s new home for independently made arcade games, where he is the resident film programmer (in addition to video games, Matt is also active in the field of motion pictures).