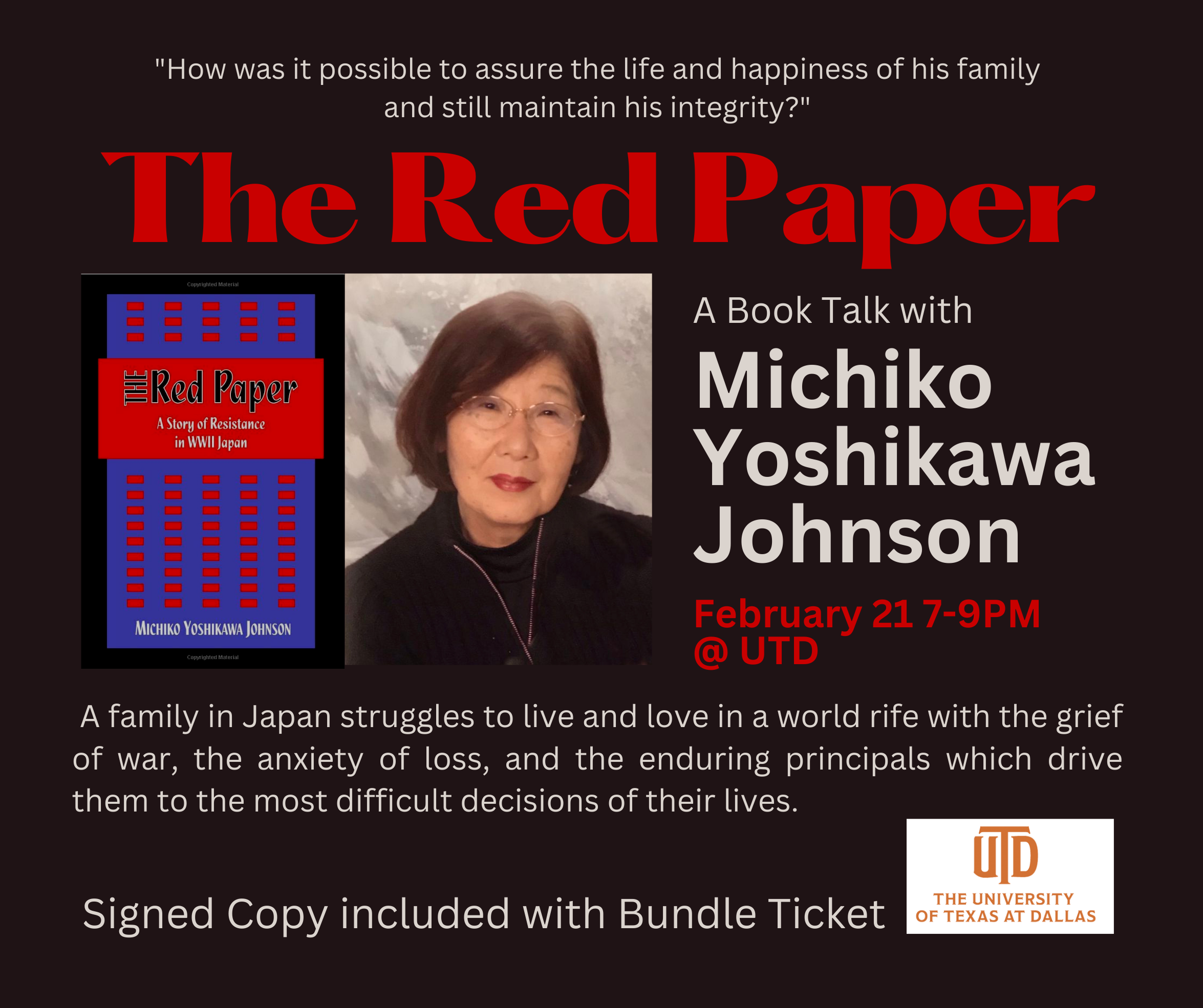 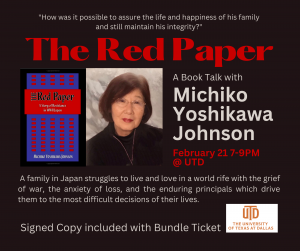 Join the Japan-America Society of Dallas Fort Worth and the University of Texas at Dallas as we host author Michiko Yoshikawa Johnson, whose earliest childhood memories inspired many of the characters in her historical fiction novel, The Red Paper.

Based on real events during WWII and immediately after the war. The novel focuses on the Sekihara Family. Giichi, who has decided to refuse his Japanese military draft notice, a choice that could lead to torture and family dishonor, and Kinuko, his wife who is caught trying to protect her family from the chaos of war.

The first English-language novel of it’s kind, it speaks of the minority report of Japan’s conscientious objectors. Painting a portrait of the Japanese political landscape and citizens’ everyday lives between the years leading up to Pearl Harbor and the end of the War. The novel represents the author’s desire to honor the best of humanity and provide Western readers with what they have not heard ― a side of Japan beyond Japanese official records and American war time propaganda.

The University of Texas at Dallas