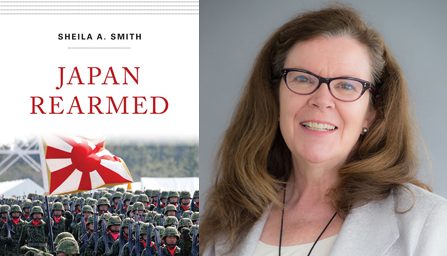 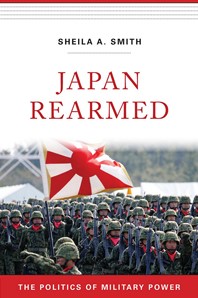 Japan’s U.S.–imposed postwar constitution renounced the use of offensive military force, but, as Sheila Smith shows, a nuclear North Korea and an increasingly assertive China have the Japanese rethinking that commitment, and their reliance on United States security.

Japan has one of Asia’s most technologically advanced militaries and yet struggles to use its hard power as an instrument of national policy. The horrors of World War II continue to haunt policymakers in Tokyo, while China and South Korea remain wary of any military ambitions Japan may entertain. Yet a fundamental shift in East Asian geopolitics has forced Japan to rethink the commitment to pacifism it made during the U.S. occupation. It has increasingly flexed its muscles―deploying troops under UN auspices, participating in coercive sanctions, augmenting surveillance capabilities, and rising defense budgets.

Article Nine of Japan’s constitution, drafted by U.S. authorities in 1946, claims that the Japanese people “forever renounce the use of force as a means of settling international disputes.” When Prime Minister Shinzo Abe broke this taboo by advocating a revision of Article Nine, the public outcry was surprisingly muted. The military, once feared as a security liability, now appears to be an indispensable asset, called upon with increasing frequency and given a seat at the policymaking table.

In Japan Rearmed Sheila Smith argues that Japan is not only responding to increasing threats from North Korean missiles and Chinese maritime activities but also reevaluating its dependence on the United States. No longer convinced that they can rely on Americans to defend Japan, Tokyo’s political leaders are now confronting the possibility that they may need to prepare the nation’s military for war.

About Sheila A. Smith 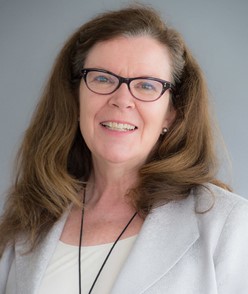 Sheila A. Smith, an expert on Japanese politics and foreign policy, is senior fellow for Japan studies at the Council on Foreign Relations (CFR). Dr. Smith is the author of Japan Rearmed: The Politics of Military Power, Intimate Rivals: Japanese Domestic Politics and a Rising China, and Japan’s New Politics and the U.S.–Japan Alliance. She is also the author of the CFR interactive guide “Constitutional Change in Japan.” Dr. Smith is a regular contributor to the CFR blog Asia Unbound and to major media outlets in the United States and Asia. She joined CFR from the East-West Center in 2007, where she directed a multinational research team in a cross-national study of the domestic politics of the U.S. military presence in Japan, South Korea, and the Philippines. Dr. Smith was a visiting scholar at Keio University in 2007–2008, where she researched Japan’s foreign policy towards China, supported by the Abe Fellowship. She has been a visiting researcher at two leading Japanese foreign and security policy think tanks, the Japan Institute of International Affairs and the Research Institute for Peace and Security, and at the University of Tokyo and the University of the Ryukyus.

Dr. Smith is vice chair of the U.S. advisors to the U.S.-Japan Conference on Cultural and Educational Exchange, a binational advisory panel of government officials and private sector members. She also serves on the advisory committee for the U.S.-Japan Network for the Future program of the Maureen and Mike Mansfield Foundation. She teaches as an adjunct professor at the Asian Studies Department of Georgetown University and serves on the board of its Journal of Asian Affairs. She earned her M.A. and Ph.D. from the department of political science at Columbia University.