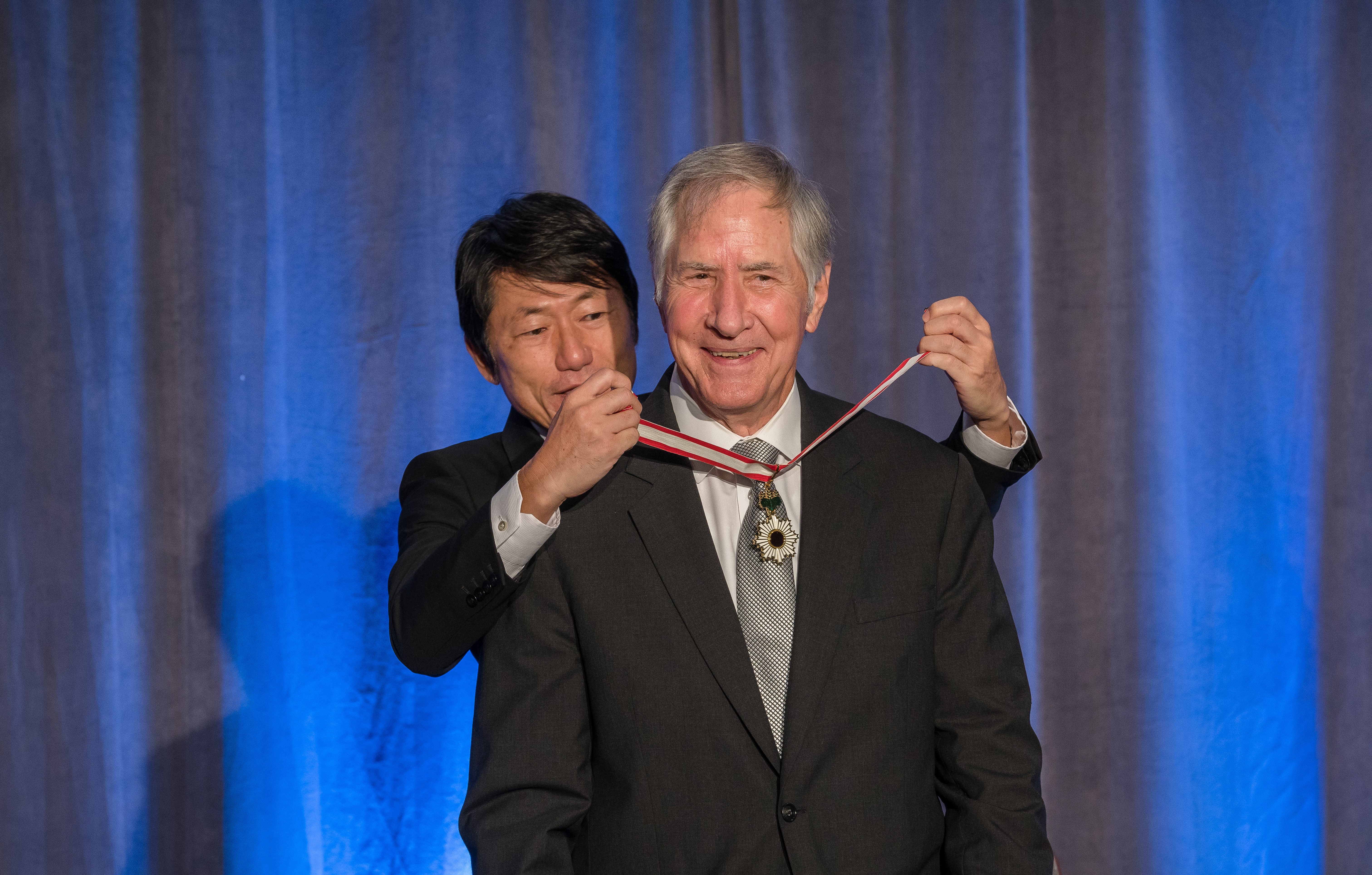 On September 24, 2021, John Stich received the Order of the Rising Sun, Gold Rays with Neck Ribbon from the Government of Japan. This recognition is awarded to those who have made distinguished achievements in international relations, promotion of Japanese culture, advancements in their field, development in welfare, or preservation of the environment. The awarding is administered by the Decoration Bureau of the Cabinet Office headed by the Japanese Prime Minister and awarded in the name of the Emperor of Japan.

Mr. Stich’s honor was formally announced on November 3, 2020, in recognition of his contributions to promoting exchange and friendship between Japan and the United States. He served as Honorary Consul-General of Japan in Dallas for 16 years through February 2020, promoting friendly understanding between Japan and North Texas. As one example of his work, Mr. Stich led the 2012 Japan-America Grassroots Summit in North Texas, in conjunction with the John Manjiro Whitfield Commemorative Center for International Exchange.  This was deemed the “best Grassroots Summit” at the time, and it expanded the appreciation of Japan and increased friendships in fifteen participating North Texas cities. It resulted in 184 visitors from Japan and involved over 3,000 volunteers.

Additionally, he has actively promoted two-way business between Japan and North Texas and assisted Japanese nationals visiting and living in the Dallas/Fort Worth metropolitan area. In cooperation with the Texas Japan Office in Tokyo, the number of Japanese companies in the North Texas area more than doubled over the past ten years, and today there are more Japanese companies in this area than from any other country. Mr. Stich also served on the Japan-America Society of Dallas/Fort Worth board of directors and as board president from 2001 to 2002. Previously, he worked with Texas Instruments for 24 years in Asia, eight of those as the firm’s chief marketing officer in Japan.

The ceremony was presided upon by The Honorable Hideo Fukushima, Consul-General of Japan in Houston, and Deputy Consul-General Masaya Sagawa served as the master of ceremonies. Several of Mr. Stich‘s friends and colleagues shared their comments on his legacy during the event. Speakers included The Honorable Hisashi Sam Shichijo, who is the new Honorary Consul of Japan in Dallas; Ambassador J. Thomas Schieffer, who was the U.S. Ambassador to Japan from 2005 to 2009; The Honorable Paul Voelker, Mayor of Richardson, Texas; and Hideto Nishitani, Founder of Virtuous Capital LLC, and former Chairman, President, and CEO of ORIX Corporation USA.

Please see additional photos from the ceremony at jasdfw.smugmug.com.
SHARE IT: