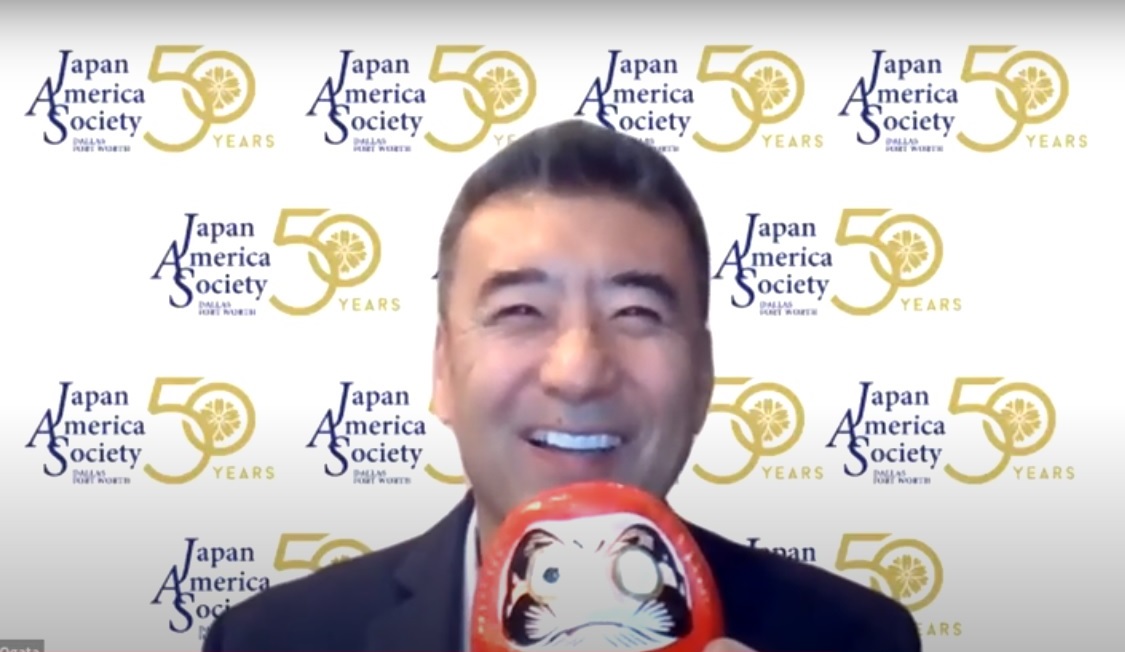 JASDFW opened its online programming offerings with a discussion on Japan’s changing consumer culture in the Reiwa Era and age of COVD-19 on April 14. Presented jointly with CarterGroup, this discussion explored the key socio-demographic megatrends in Japanese consumerism, the power of “Brand USA,” and areas of opportunity for U.S. companies interested in Japan. The presentation was led by Dominic Carter, President and CEO of the CarterGroup Japan Market Resource Network, who brought his over 20 years of market research industry experience in Japan to provide insightful commentary. 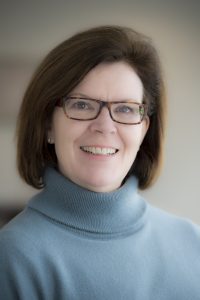 Also in April, JASDFW was in partnership with the World Affairs Council of Dallas/Fort Worth for an online program featuring Dr. Sheila Smith, senior fellow for Japan studies at the Council on Foreign Relations (CFR), who discussed her newest book Japan Rearmed: The Politics of Military Power. The book explores how the Japanese have rethought post-World War II pacifism in the face of a rising China and increasingly aggressive North Korea, and how the Japanese view their reliance on the United States for security for the long-term future. Sheila Smith posits that Tokyo is now considering the possibility that the Japanese will need to prepare Japan’s Self-Defense Forces for conflict, as the U.S. pulls back from the Asia-Pacific region.

On April 29, JASDFW hosted a panel discussion in partnership with the Okinawa Institute of Science and Technology Graduate University (OIST) on the role of higher education in the United States and Japan during COVID-19. This online roundtable discussion featured panelists Dr. Robert Baughman, Executive Vice President for Technology Development and Innovation at OIST; Dr. Richard C. Benson, President of the University of Texas at Dallas; Dr. Harold Stanley, Vice President for Executive Affairs at Southern Methodist University; and moderator David Janes, Managing Director and Secretary at the OIST Foundation, and Senior Advisor for Institutional Development at OIST. The speakers discussed the role of universities in pandemics and crises, how institutions are responding to the effect of COVID-19 on operations, how students have dealt with the uncertain situation, and what new models of education could emerge. 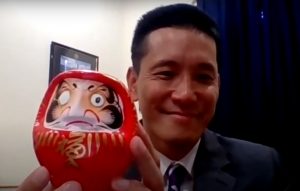 On May 27, JASDFW hosted its first-ever virtual Annual Meeting and Members’ Social. The Honorable Hideo Fukushima, Consul-General of Japan in Houston, gave opening remarks and his congratulations on another outstanding year of building closer U.S.-Japan connections. Paul Pass, JASDFW Executive Director, provided the welcome message while Jackson Chen, JASDFW President, provided members with an overview of the 2019-2020 year. The voting results for officers and directors were announced through an online vote that took place earlier in May. Grant Ogata, JASDFW President-elect, formally succeeded Mr. Chen following a virtual daruma ceremony, which has become a long-standing JASDFW tradition. All attendees were encouraged to support local Japanese restaurants in North Texas by ordering food and refreshments for take out to enjoy during the meeting. 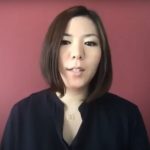 Continuing the theme of exploring U.S.-Japan relations during the time of COVID, JASDFW hosted a panel discussion on the pandemic’s impact for technology companies on June 4. Panelists included Blair Bakr from Hitachi Vantara; Mariko Masumi representing Cisco Meraki, Cisco Systems GK; Takamitsu Ono of Synchronoss, and Tsuyoshi Ueshima from Fujitsu Network Communications. The panel was moderated by Grant Ogata of Domitech Products and the newly minted JASDFW President, and the discussion explored how tech companies provide important services around the world, while also responding to rapidly-changing requirements, customers’ concerns, and unique country environments.

On June 10, JASDFW brought together entertainment industry leaders and experts to discuss the evolution of gaming, digital entertainment, and the power of Japanese culture. In an online panel discussion, freelance journalist Oliver Barder, Naomi Clark from the New York University Game Center, and Dan Hewitt of Gearbox Entertainment, along with moderator Matthew Edward Hawkins of Attract Mode and FORT90, spoke at length about the current status of the gaming industry and how online gaming has enabled people to remain connected despite quarantine measures. 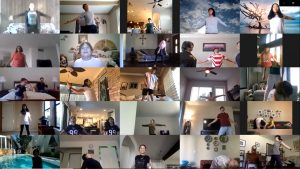 Most recently, JASDFW collaborated with the Japan-America Society of Houston (JASH) and the Japan-America Society of Greater Austin (JASGA) for an energetic calisthenics program on June 13. Introduced nearly a century ago, Radio Taiso is a series of exercises that remains a staple of Japanese daily life with regular morning broadcasts. As Japan prepares to host the Olympic Games and Paralympics in 2021, JADSFW was proud to support healthy living and physical activity. Arisa Oshimi, a licensed former instructor at NHK Radio Taiso TV in Japan, led exercises for the audience. This program was also organized by Natsuyo Taniyasu of JASDFW and Keiko Tsubokura of JASH, who are both part of the Grassroots Exchange Network – Japan (GEN-J) Program.

JASDFW also promoted events from partner institutions the Asian Art Museum, Asia Society Policy Institute, Asia Society Texas Center, the Pacific Council on International Policy, Table for Two, the U.S.-Japan Council, and Japan-America Societies in Boston, Chicago, Colorado, New York, Northern California, Oregon, and Washington DC. As we enter the summer season, JASDFW remains committed to providing programming that is conscious of public health measures. Stay tuned for updates on future online events and announcements for when we begin to shift back to meeting for in-person events. We look forward to seeing everyone again soon.