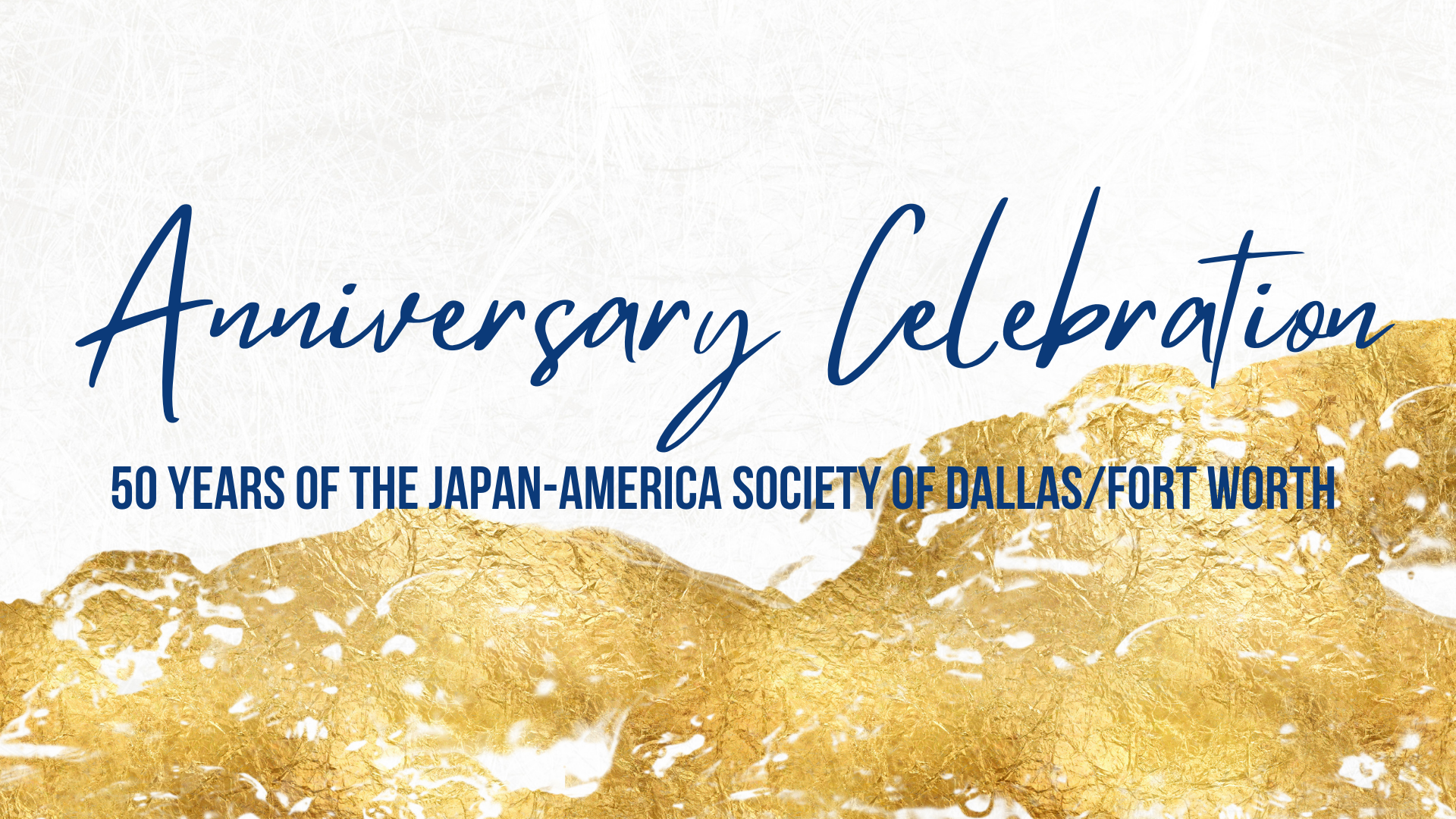 PLANO, October 29, 2020 – The Japan-America Society of Dallas/Fort Worth (JASDFW) hosted a special 50th anniversary program to commemorate the past, celebrate the present, and create a legacy for the future. The event was livestreamed via YouTube from the JASDFW offices in Plano and Sylvia Komatsu of KERA served as the emcee. Viewers tuned in from around the world for this commemorative evening. All attendees enjoyed special presentations, including remarks from previous Sun & Star Legacy Award recipients, former and current Japanese and American ambassadors, actors, and community leaders from both Japan and the United States. The program also included musical performances, interactive trivia, a silent auction, and a special historical video.

To see a full list of the sponsors, please visit https://jasdfw.org/event/celebrating-the-50th-anniversary-event/.

The historical video documented the first 50 years of the Society, its growth, its programs, and significant individuals who played a part in its success. Notable speakers included charter member and past president Hiroo Nakahara; former Honorary Consul-General of Japan in Dallas and past president John Stich; current board member, past president, and Honorary Consul Sam Shichijo; and Anna McFarland, who served as JASDFW Executive Director from 1997 to 2019. Among the many moments shared were the dedication of a Kosuge lantern for the silver anniversary in 1995, the inaugural Sun & Star Legacy Award Dinner, the creation of the Mochitsuki New Year’s Celebration and the Otsukimi Moon Viewing Festival, and the Japan-America Grassroots Summit.

Viewers were entertained by musical renditions from harpist Naoko Nakamura and violinist Kaori Yoshida, as well as a shakuhachi performance by Stan Richardson. Fun trivia questions also gave the audience an opportunity to test its knowledge on the Society’s history and the Dallas-Japan connection. Additionally, attendees could participate through the silent auction, which generated thousands of dollars in revenue for JASDFW’s mission and future operations. Popular items included American Airlines AAdvantage Miles, chopsticks made from the splinters of Nippon Professional Baseball teams’ bats, a premier Japanese whisky set, and a signed Japanese national basketball team backpack from Yudai Baba.

The Japan-America Society of Dallas/Fort Worth is excited to bring events to audiences in a modern format, to showcase the on-going friendship between the United States and Japan, and to demonstrate the Society’s place in creating a shared future for Japanese and Americans in North Texas. We look forward to continuing to bring amazing programs and cultural outreach opportunities throughout 2020 and into 2021.

To watch the full program, please play the video below or visit https://www.youtube.com/watch?v=Gn90LIpqQmg.