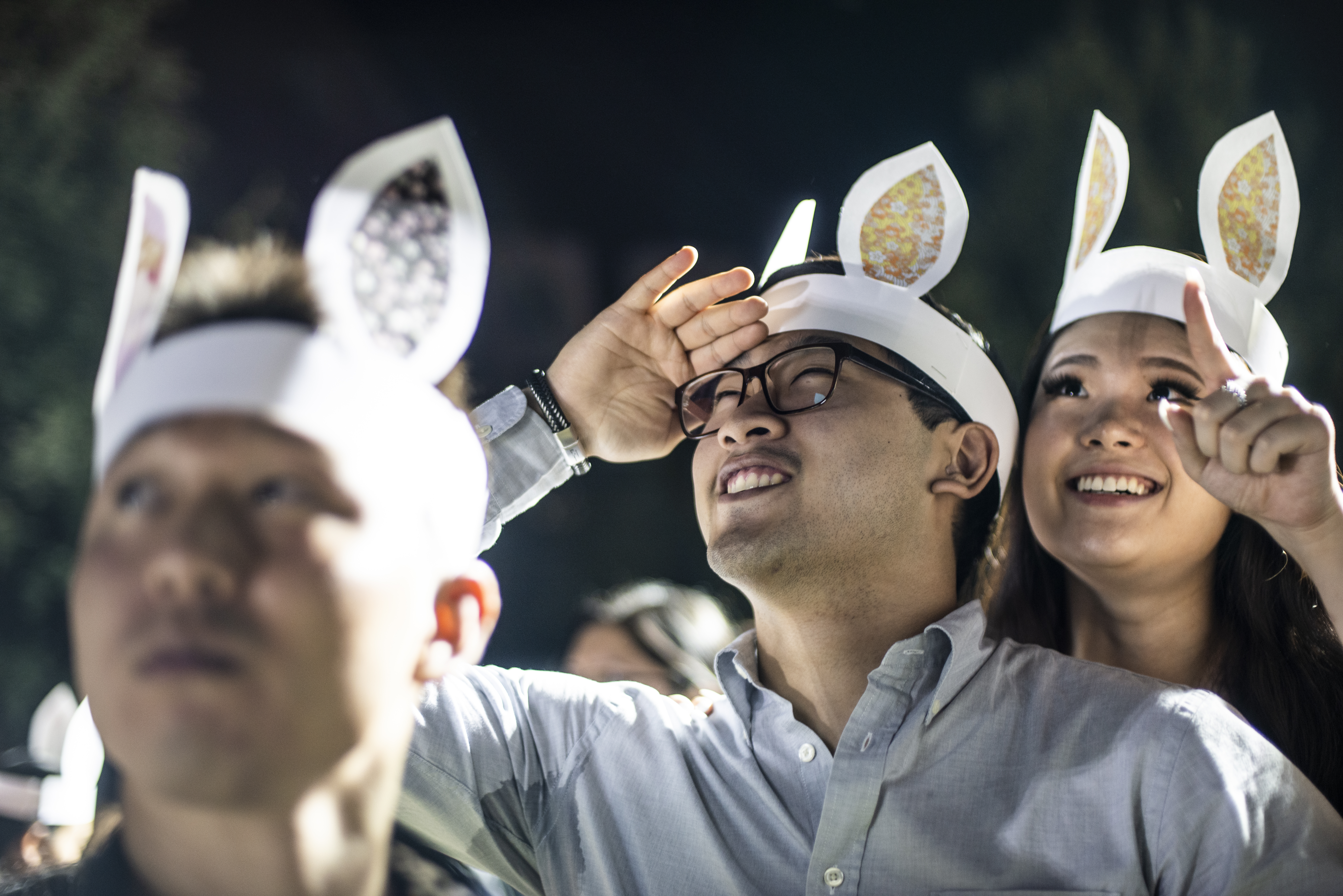 FRISCO, September 14, 2019 – The Japan-America Society of Dallas/Fort Worth (JASDFW), in partnership with the Crow Museum of Asian Art, hosted the Otsukimi Moon Viewing Festival on the evening of September 14 in Frisco, Texas. This marked the 20th version of the annual event, which grew from a small gathering in a donor’s yard to now become a celebration attended by thousands. This year included live music, vendors selling goods, taiko drumming, a haiku contest, and special activities to celebrate the lunar beauty of an evening in North Texas. The Japan Foundation’s Center for Global Partnership served as the presenting sponsor and Canon Solutions America was the supporting sponsor.

Otsukimi, a Japanese harvest moon festival, literally means “moon-viewing,” and it celebrates the Harvest Moon that typically falls on the fifth day of the eighth month of the traditional Japanese calendar. Japanese folklore says that there is a Rabbit-on-the-Moon that makes mochi. The Japanese believe that the Moon Rabbit is pounding rice into a paste that will be made into mochi rice cakes. Ancient Buddhist folklore tells of a virtuous rabbit that gave its life to feed a Buddhist deity disguised as a poor, elderly man. Touched by the rabbit’s selflessness, the deity drew the rabbit’s shape into the surface of the moon where it remains to this day. The tale is said to have given rise to Harvest Moon festivals across Asia. Traditionally, otsukimi festivals in Japan involve crafts of making rabbit masks, decorating with seasonal pampas grass, and eating dango – a confectionary made from rice flour.

Over 2,000 guests from across North Texas came out to Simpson Plaza at Frisco Square, where the event was hosted for the first time. The night began with a thunderous start, as popular local group Dallas Kiyari Daiko took to the stage with taiko drumming. Other musical performances included song and dance by the Cherry Blossom Choir, the Shakuhachi Ensemble with Master Stan Richardson and Mujuan Dojo, and a very special guest – koto player Masayo Ishigure, who lives in New York City.

The Japan-America Society is excited to bring this on-going festival to a new part of the Metroplex, and looks forward to Otsukimi next year in Frisco, as we celebrate our 50th anniversary.