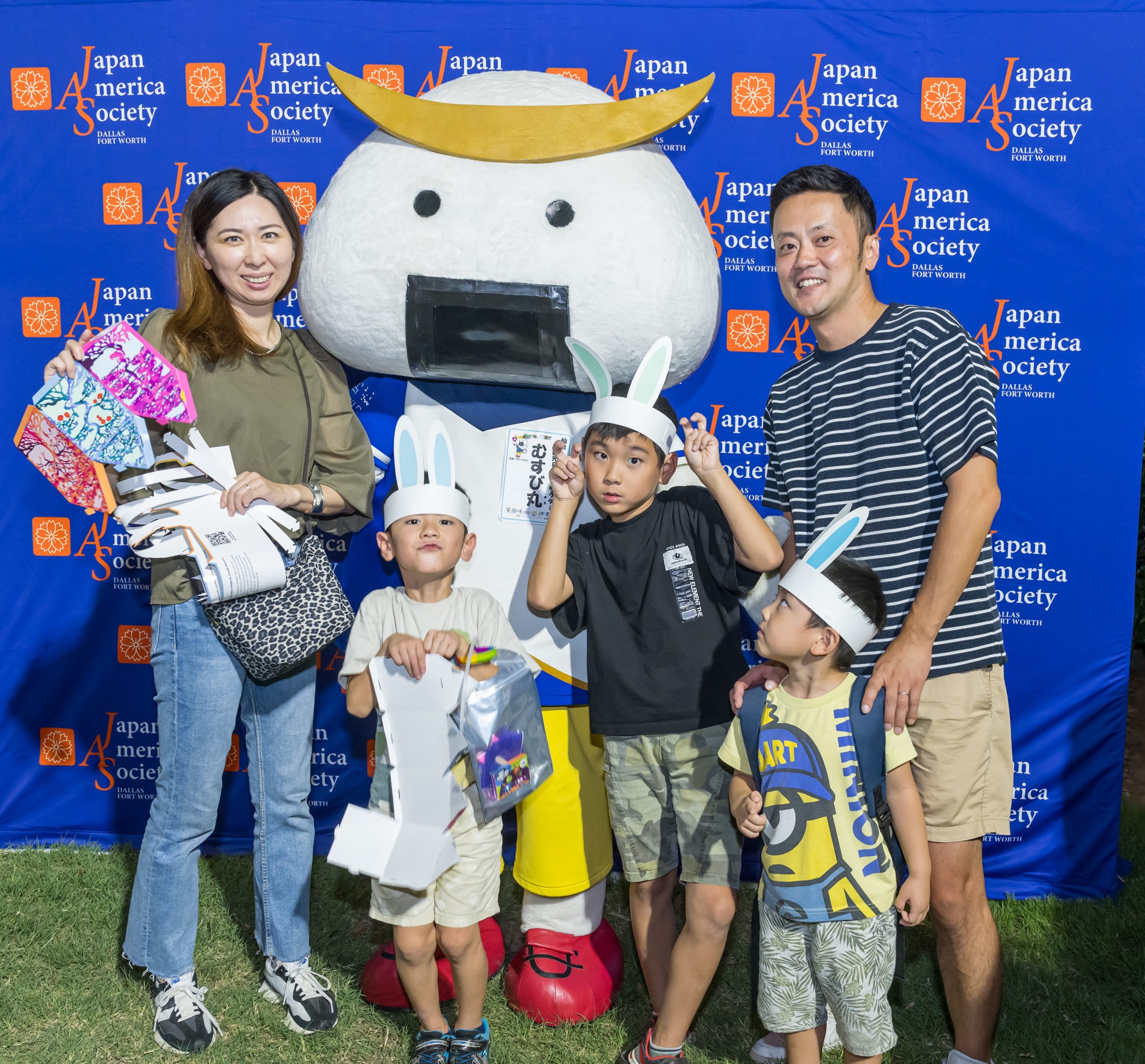 Otsukimi Returns to a September Celebration

FRISCO, September 10, 2022 – As the full moon rose over Simpson Plaza in Frisco, Texas, thousands gathered under its light to celebrate the many facets of Japanese culture at the 23rd annual Otsukimi Moon Viewing Festival. Hosted by the Japan-America Society of Dallas/Fort Worth (JASDFW), in partnership with the Crow Museum of Asian Art, this year’s event boasted record numbers of booths and attendance since moving to the Dallas suburbs. There were vendors selling traditional and modern Japanese goods, families and friends making rabbit ear headbands and trying their hand at traditional Japanese calligraphy, as well as Japanese and Asian fusion food for everyone to try. All this and more relished by residents to the sound of Taiko Drums, Shakuhachi Flutes, and Haiku readings in both English and Japanese.

To view a full gallery from Otsukimi 2022, please visit https://jasdfw.smugmug.com/Website/n-FMJr7C/2022-Otsukimi-Moon-Viewing-Festival

To see a list of vendors, performers, and activities, please visit https://jasdfw.org/event/2022-otsukimi-moon-viewing-festival/

What made this event especially unique was the presence of an international celebrity – that is, Musubimaru. He is the lovable rice ball samurai who flew all the way from Sendai, Japan, where he has served as the mascot for Miyagi Prefecture since 2007. Kids young and old enjoyed getting the chance to take a photo with this enjoyable character and learning more about Dallas’ sister city, Sendai. Those familiar with Japan’s unique ability to make a cute mascot for everything, from Prefectures to Police Departments, were particularly excited to see this part of modern Japanese culture up close.

Traditionally, Otsukimi is a Japanese harvest moon festival, literally meaning “moon-viewing,” and it celebrates the Harvest Moon that typically falls on the fifth day of the eighth month of the traditional Japanese calendar. Japanese folklore tells of a rabbit on the moon that pounds rice into rice cakes,  or mochi. According to ancient Buddhist folklore, a virtuous rabbit gave its life to feed a Buddhist deity disguised as a poor, elderly man. Touched by the rabbit’s selflessness, the deity drew the rabbit’s shape into the surface of the moon. where it remains to this day. The tale is said to have given rise to harvest moon festivals across Asia. Traditionally, Otsukimi festivals in Japan involve crafts of making rabbit masks, decorating with seasonal pampas grass, and eating dango – a sweet confection made from rice flour.

Of course, there would not be a festival without the support of our sponsors, who generously chose to invest in cultural education. The presenting sponsor was the Consulate-General of Japan in Houston with 99 Ranch Market, Frisco Arts Foundation, and New Quest Properties serving as pavilion sponsors, and Altair Global, H-E-B, and McDonald’s USA, LLC as community sponsors. As always, The Japan-America Society is excited to bring this ongoing festival to North Texas and give everyone throughout the Dallas/Fort Worth region an opportunity to celebrate the moon, the changing of seasons, and the culture of Japan.