Baseball in Japan and the U.S. during COVID-19 Speakers 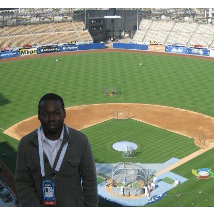 
Jason was born in Mt. Clemen’s, Michigan, near Detroit, in 1982. He worked at the Birmingham Post Herald and Marietta Daily Journal before joining The Japan Times in 2007 as a sports reporter. Since covering his first Japanese baseball game — a matchup between the Hokkaido Nippon-Ham Fighters and the Chiba Lotte Marines — that year, he has mainly covered Nippon Professional Baseball while in Japan. He covered Samurai Japan, the national Japanese baseball team, during the 2009, 2013, and 2017 editions of the World Baseball Classic. He has also covered events in various other sports during his time in Japan. 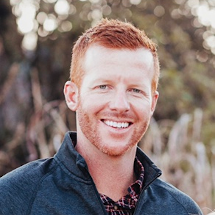 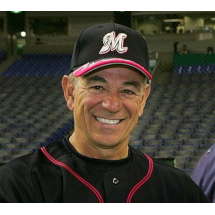 Bobby Valentine
Director of Athletics at Sacred Heart University
Former professional baseball player in the U.S. and championship-winning manager in the U.S. and Japan Bobby Valentine assumed the role of director of athletics at Sacred Heart University in June 2013. He has spearheaded numerous projects to better Pioneer athletics, build facilities, and raise the visibility of the teams over his tenure. Early in life, he starred at Rippowam High School and he Sports Illustrated named him one of the best athletes from Connecticut in the 20th century. He was eventually selected fifth in the first round of the 1968 amateur baseball draft by the Los Angeles Dodgers. Valentine made his MLB debut in September 1969 versus the New York Mets, a club he would go on to manage.

All told, Valentine spent 10 seasons in the major leagues, playing for the Dodgers, San Diego Padres, California Angels, Mets, and Seattle Mariners. He appeared in 639 games and hit .260 over the course of his career. Valentine played every position on the field, except pitcher, during his career, showing versatility that served him well until his final appearance in 1979. After his playing career, Valentine remained in baseball as a third-base coach for the Mets. He made his major league managerial debut in 1985 with the Texas Rangers, earning UPI American League Manager of the Year honors in 1986. Valentine took over the Mets in 1996 and led the squad to back-to-back postseasons, including a 2000 World Series appearance. Including a season at the helm of the Boston Red Sox in 2012, Valentine has 1,186 major league managerial victories.

In 1994, Valentine became the first American to accept a management position in the Pacific League of Japan for the Chiba Lotte Marines. He returned to the states after a two-year stint, but went back to lead the Marines again from 2004-09, a tenure that included a 2005 Japan Series Championship. Valentine also has experience in the broadcast booth. He can be found on the sets of SNY, covering the New York Mets, and MLB Network, as an expert voice on the state of the game today. Valentine was part of the ESPN Sunday Night Baseball announcing team, with Orel Hershiser and Dan Shulman.  He also serves as NBC’s senior baseball analyst. He has seen success in the business arena as well. Since 1980, he has owned and operated Bobby Valentine’s Sports Gallery Cafe, a sports bar that is located in his hometown of Stamford. In January 2014, he opened a franchise in Windsor Locks in partnership with Sportech Venues, Inc. There is also a franchise in Arlington, Texas. 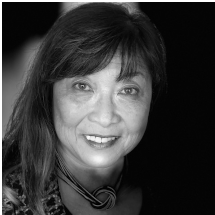 Yuriko Gamo Romer is an award-winning director based in San Francisco. Currently she is in production with Diamond Diplomacy. Romer also directed and produced Mrs. Judo: Be Strong, Be Gentle, Be Beautiful, the only biographical documentary about Keiko Fukuda (1913-2013), the first woman to attain the 10th degree black belt in judo. Mrs. Judo premiered in 2012, broadcast nationally on PBS and screened at over 25 film festivals internationally. She holds a masters degree in documentary filmmaking from Stanford University, where she was a National Academy of Television Arts and Sciences Scholar, an American Association of Japanese University Women Scholar, and received a Student Academy Award Gold Medal for her thesis film “Occidental Encounters.”