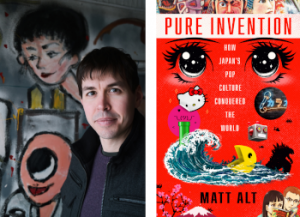 A native of Washington, D.C., Matthew has been working as a professional translator and freelance writer since the early 1990s.

His translation experience includes four years as an in-house technical Japanese translator for the United States Patent and Trademark Office.

He is the co-author of numerous books about Japan, and a contributor to CNN, Wired Magazine, Slate Magazine, the Independent, Newsweek Japan, the Japan Times, the New Yorker, and many other publications.

His latest book, Pure Invention: How Japan’s Pop Culture Conquered the World, was published on June 23rd of this year and is available from booksellers everywhere. 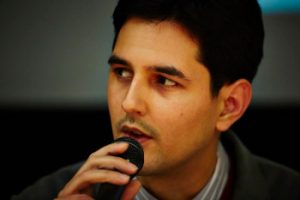 Renato Rivera Rusca is a writer, researcher, and producer, focused on Japanese popular culture and its relationship to society. He is a graduate of Japanese Studies at Stirling University in Scotland and has conducted sociology research in Osaka University and Kyoto University. He has participated in many academic projects involving the Kyoto International Manga Museum since its inception, having lectured at the Manga Faculty at Kyoto Seika University, Meiji University, Waseda University, and many more. Since 2018 he has been involved in a regional economic revitalization plan for the region of Takahashi in Okayama, which uses animation education and production as its central driver. He currently lectures at the School of Animation Culture of Kibi International University, Okayama Prefectural University, and Rikkyo University; as well as managing production of an upcoming Italian-Japanese animated co-production. 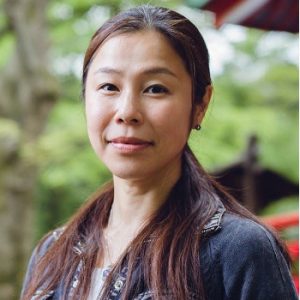 A native of Tokyo, Japan, Hiroko holds a Masters degree in International Peace and Conflict Resolution from American University in Washington, D.C.

Her diverse experience includes interpretation for United Nations delegations; translation and localization of dialog for game software and comic books; and translation and proofreading of television scripts.

The former editor of the Japanese edition of CNNGo, she is the co-author of numerous books about Japanese folklore and an accomplished photographer whose work has appeared in Photo You magazine, CNNGo, on National Geographic Television, and more. She was also certified as a language examiner for applicants and employees of the Federal Bureau of Investigation. 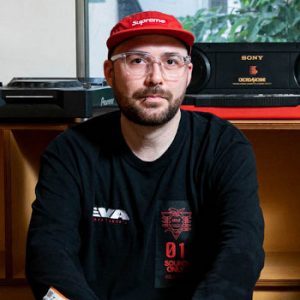 Eddie is a pop-culture enthusiast with an emphasis on comics, games, animation, and music. In 2002 he created bemanistyle, an English speaking community website focused on promoting Japanese rhythm games to a global audience. Through this venture, he cultivated a relationship with Japan’s club scene and began the annual SYNERGY programming block in 2007 with Chicago’s Anime Central to bring DJs & music producers from Japan to perform.

Based on the success of the SYNERGY event, in 2013 he founded Attack The Music, an independent record label focused on further promoting trackmakers & artists from Japan’s electronic music scene while also connecting them to a global community of artists through its releases.

In 2017 Eddie and producer Taku Takahashi (m-flo, block.fm) teamed up to create OTAQUEST, a website and media company focused on promoting a wide selection of Japan’s expansive pop-culture landscape. On August 15-16th 2020, he hosted the company’s first online convention event, OTAQUEST CONNECT, and is now working on developing more online-focused content from their headquarters in Tokyo for the English speaking global community.