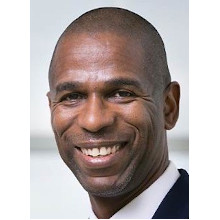 Elliott Paige is the Director for Air Service Development at Hartsfield-Jackson Atlanta International Airport.  He joined the world’s busiest and most efficient Airport after a successful career promoting trade and investment for over 20 years, including serving 10-years as a diplomat in Geneva, Switzerland. Elliott also worked as an international civil servant with the World Trade Organization and the United Nation’s International Trade Center.

During this period, Elliott designed and delivered strategies to increase trade, open markets, and develop industries. He was a lead negotiator in the Trade Facilitation Agreement and was instrumental in getting support from many developing countries. He applies his experience to ensure that the Airport has a positive economic impact on creating jobs and promoting trade while taking advantage of new trade paradigms.

Elliott is implementing the first cargo community system in the United States in Atlanta while facilitating the establishment of an Atlanta cargo network among cargo stakeholders.  He is keen to implement new technologies and to maximize the use of already established technologies that can help increase passenger and cargo flow while improving efficiencies of operations.

When not traveling, Elliott enjoys running, hiking, reading, writing, following international affairs, and spending time with friends and family. He has a master’s degree in Economic Development, a bachelor’s in economics and management, and holds global certifications as International Airport Professional (IAP) and Airport Executive Leadership Professional (AELP) from Airports Council International and Concordia University.  Elliott speaks English, French, and Spanish. He is a board member of the World Trade Center Atlanta chapter, the Atlanta Air Cargo Association, the Georgia Council for International Visitors, Technology Association of Georgia, a trustee of The International Air Cargo Association, and an advisory board member of Clayton State University School of Supply Chain Management, and Georgia Tech Supply Chain Logistics Institute. 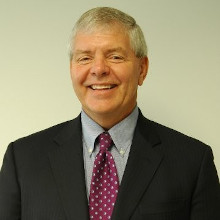 Steve Smith is a 38-year airline industry veteran, who has held numerous key positions in sales and marketing throughout his notable career.  In 2006, Steve joined Japan Airlines to lead the carrier’s corporate and agency sales activities.  Now, in his new role of Vice President and Head of Global Sales, he works closely with the airline’s corporate sales teams throughout the world, primarily with the Global Corporate and T.M.C. channels to generate premium business, and he also works closely with JAL’s Joint Business Partners throughout the world.

Before joining Japan Airlines, Steve spent 25 years with Delta Air Lines holding several leadership positions including Managing Director for Worldwide Sales at the airline’s Atlanta Headquarters in 2001.  Previous to that assignment, he was Director of Sales and Marketing for Europe, Middle East, Africa and India, while based in London.

Steve is currently a member of the IATAN Board of Directors and also formerly served on the GBTA Aviation Committee as the International Airlines Representative. He is a graduate of the University of Florida, and a native of the sunshine state. He has personal interests in football, sailing, travel and golf.

Japan Airlines (JAL) was founded in 1951 and became the first international airline in Japan. A member of the oneworld® alliance, the airline now reaches 349 airports in 54 countries and regions together with its codeshare partners with a modern fleet of 230 aircraft. JAL Mileage Bank (JMB), the airline’s loyalty program, has reached over 31 million members worldwide. Awarded one of the most punctual major international airlines, JAL is committed to providing customers with the highest levels of flight safety and quality in every aspect of its service, and aims to become one of the most preferred airlines in the world. 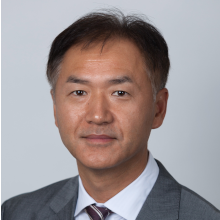 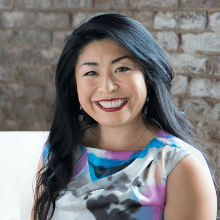 Nozomi Morgan is a certified Executive Coach and President and Founder of Michiki Morgan Worldwide. She guides experienced, high-achieving professionals to elevate their careers by helping them cultivate their own unique style of leadership.

Nozomi’s clients have a yen for international business, are successful in the global marketplace, and are savvy in international and cross-cultural relations. Her work includes coaching experienced professionals from all over the world — from C-Suite executives to up-and-coming managers. She also works with multinational teams within global corporations to overcome the tension and frustration that can naturally arise from cultural differences. Her clients experience dramatic improvement in key performance indicators through enhancing communication and cultivating trust.

She strives to bring out the inner leader in all of her clients and helps them develop their own leadership mindset, confidence, and presence, so they can be and do their very best. In addition to coaching, Nozomi speaks and trains on leadership, careers, professional development and cross-cultural business communication. Her diverse international background—having lived in Asia, Europe and North America—gives her a wealth of experience and knowledge as a coach, speaker, and mentor. Born and raised in Japan, she values integrity, professionalism, and respect, all of which are core tenets of her deeply ingrained heritage.

For more than 15 years, Nozomi garnered expertise as a corporate marketer, working for top companies such as Delta Air Lines, Johnson & Johnson, BBDO, and working with industry-leading clients in the automotive, consumer package goods, fashion, finance, entertainment, IT, lifestyle, and airline sectors. She holds an MBA from Yale. Nozomi currently lives in the United States and frequently travels to Tokyo. She enjoys giving back to the community as the VP of Professional Development at the National Association of Asian American Professionals Atlanta Chapter and serving as the National Co-Director of Women in NAAAP program helping women’s leadership development.