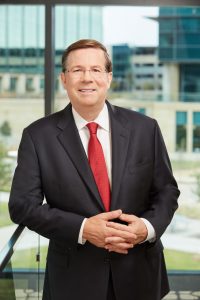 Lentz joined Toyota in 1982 as the merchandising manager for its Portland region, where he later became the distribution manager and field operations manager.

Lentz served as chairman on the board of directors for The Global Automakers and is a member of the executive advisory board for Daniels College of Business at the University of Denver (DU), his alma mater. He earned a bachelor’s degree in marketing and economics and a M.B.A. in Finance from the school. 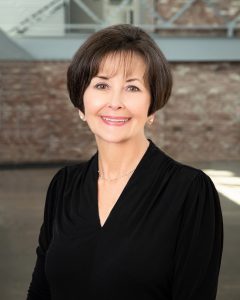 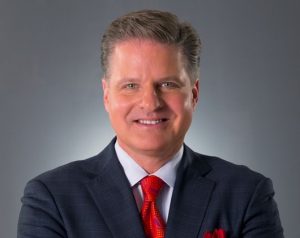 Pete Delkus is an Emmy award-winning meteorologist who joined the WFAA-TV weather department in June 2005 and quickly won the respect of North Texas viewers by providing timely and accurate forecasts. When there is severe weather- tornadoes, hail, or flash flooding, viewers have come to rely on Pete’s steadfast and thorough approach to his work.

Since he arrived, Pete has won 19 Emmy Awards for weather anchoring and special show hosting. Delkus is board certified by the American Meteorological Society and the National Weather Association. He attended Mississippi State University for his master’s level meteorology courses and holds a Bachelor’s of Science from Southern Illinois University at Edwardsville (SIUE).

Pete is proud of his small town, Midwest upbringing and attributes his work ethic, values and easy going personality to it and his parents. It is there he started his long history as an outstanding athlete. As an All-America pitcher, he had an all-star college career including a trip to the college world series. In fact, he still holds several records as a pitcher at SIUE. Out of college Delkus signed in 1987 with the Minnesota Twins organization. Delkus enjoyed a successful career earning several awards including the “Minnesota Twins Minor League Player of the Year” and the Rolaids Relief Man. His career ended prematurely due to a serious elbow injury. In all, Delkus played professional baseball for 6 years with the Twins organization.

Turning to his degree in Television/Radio communications, Pete landed a job as a meteorologist for four years at WFTV, the ABC affiliate in Orlando, Florida. From 1996 to 2005, Delkus was also the chief meteorologist at WCPO-TV, the ABC affiliate in Cincinnati, Ohio. Delkus made his mark in Cincinnati as the “severe weather leader” by his exclusive coverage of the deadly Tornado of “99. He received many honors during this tenure including a pair of first place Associated Press (AP) Awards for best regularly scheduled weather.