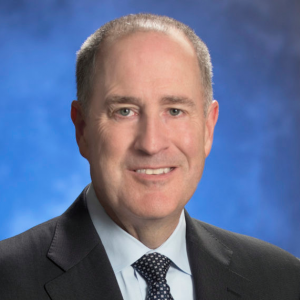 Sean Donohue serves as Chief Executive Officer of Dallas Fort Worth (DFW) International Airport. DFW Airport is the 4th largest airport globally for passengers and is ranked 2nd for operations. In his role as CEO, Mr. Donohue is responsible for the management, operation and strategic planning of the Airport.

Centered between owner cities Dallas and Fort Worth, Texas, DFW Airport connects the North Texas region with nonstop service to over 200 destinations on five continents and is consistently ranked among the best large airports for customer service.

DFW Airport is also the largest carbon neutral airport in the world and is globally recognized as a sustainability leader. The airport has committed to achieving carbon net zero status by 2030. DFW plays an instrumental role in the region, historically producing more than $37 billion in annual economic impact and generating an average of 60,000 jobs on the airport each year. Mr. Donohue joined DFW International Airport in 2013, following a 28-year career in the airline industry in various executive roles with Virgin Australia Airlines and United Airlines.

Mr. Donohue serves on the executive committee of the World Travel & Tourism Council (WTTC). In addition, he serves on the board of Atmos Energy and several boards for community organizations in the Dallas Fort Worth region.

Mr. Donohue graduated from Boston College with a Bachelor of Science degree in Marketing and Economics. 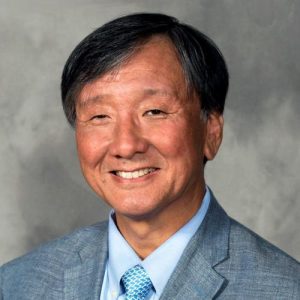 Hideto Nishitani is former CEO of ORIX Corporation USA and Senior Managing Executive Officer of ORIX Corporation in Japan, where he led ORIX’s operations in the US. In his 36-year career with ORIX, he acquired international business acumen in the UK, Ireland, Canada, Japan, and the United States. He distilled a disciplined philosophy in investment, management, and governance. As a member of the executive officer board of ORIX headquartered in Tokyo,  he helped implement ORIX’s global business strategy. He is also a former board member of Houlihan Lokey Inc, a leading international investment bank as a public company. Based on his management experience and board involvement in business ethics, purpose and culture, stakeholder relations, and corporate risk oversight in his career, he is serving as a member of the Human Capital Committee at the International Corporate Governance Network (ICGN) in London.

He is a member of the National Association of Corporate Directors (NACD) with the credential of NACD Directorship Certification. For his interest in the comparative research of Corporate Governance, he is also a member of the Japan Association of Corporate Directors. He launched an advisory firm, Virtuous Capital, in 2020 as the founder with the vision of helping social impact entrepreneurs create sustainable long-term value for the stakeholders. Virtuous Capital is currently advising three venture companies in the US and Japan. He regularly writes his opinions on Japanese social news media and speaks at a conference in Tokyo on the topics of ESG and Corporate Governance.

For his philanthropic activities, he sits on the advisory board for non-profit organizations in DFW area including Japan America Society of Dallas Fort Worth (JASDFW) to provide oversight on their activities for a good cause in society. Previously, he was active as a board member for Japan Society NY and JASDFW to help promote friendship between Japan and the US.

He received MSc in Economics from the London School of Economics and Political Science and BA from Kwansei Gakuin University in Japan. 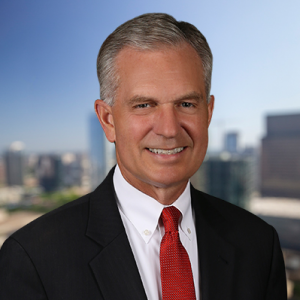 Dale Petroskey has more than 35 years of leadership experience in the public, private, and non-profit sectors.

In April 2014, he became President and CEO of the Dallas Regional Chamber (DRC), one of the largest and most established business organizations in the United States, representing 600 member companies. The DRC works to strengthen the business community by attracting companies and talented workers from around the world, improving education, advocating for pro-business, pro-growth public policies, and enhancing the quality of life for all in the Dallas Region.