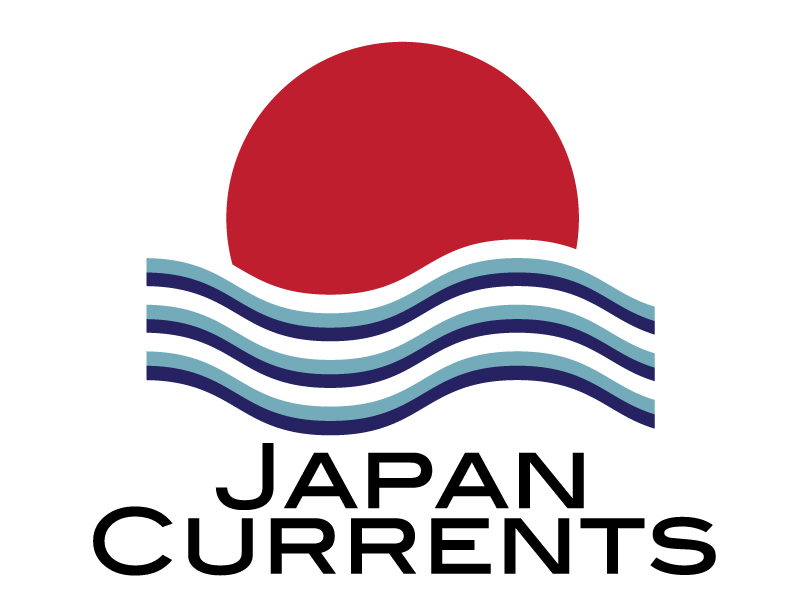 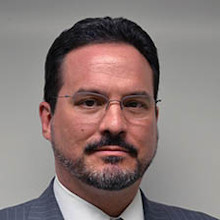 Michael Jonathan Green is senior vice president for Asia and Japan Chair at the Center for Strategic and International Studies (CSIS) and director of Asian Studies at the Edmund A. Walsh School of Foreign Service at Georgetown University. He served on the staff of the National Security Council (NSC) from 2001 through 2005, first as director for Asian affairs with responsibility for Japan, Korea, Australia, and New Zealand, and then as special assistant to the president for national security affairs and senior director for Asia, with responsibility for East Asia and South Asia. Before joining the NSC staff, he was a senior fellow for East Asian security at the Council on Foreign Relations, director of the Edwin O. Reischauer Center and the Foreign Policy Institute and assistant professor at the School of Advanced International Studies (SAIS) at Johns Hopkins University, research staff member at the Institute for Defense Analyses, and senior adviser on Asia in the Office of the Secretary of Defense. He also worked in Japan on the staff of a member of the National Diet.

Dr. Green is also a nonresident fellow at the Lowy Institute in Sydney, Australia, a distinguished scholar at the Asia Pacific Institute in Tokyo, and professor by special appointment at Sophia University in Tokyo. He is a member of the Council on Foreign Relations, the Aspen Strategy Group, the America Australia Leadership Dialogue, the advisory boards of Radio Free Asia and the Center for a New American Security, and the editorial boards of the Washington Quarterly and the Journal of Unification Studies in Korea. He also serves as a trustee at the Asia Foundation, senior adviser at the Asia Group, and associate of the U.S. Intelligence Community. Dr. Green has authored numerous books and articles on East Asian security, including most recently, By More Than Providence: Grand Strategy and American Power in the Asia Pacific Since 1783 (Columbia University Press, 2017). He received his master’s and doctoral degrees from SAIS and did additional graduate and postgraduate research at Tokyo University and the Massachusetts Institute of Technology. He received his bachelor’s degree in history from Kenyon College with highest honors.

He holds a black belt in Iaido (sword) and has won international prizes on the great highland bagpipe. 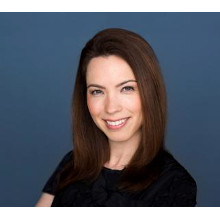 Aiko Lane is executive director of the U.S.-Japan Business Council (USJBC) at the U.S. Chamber of Commerce. Lane works with the USJBC’s board of directors and 60-plus member companies to formulate strategy and policy priorities. She is also responsible for implementing the council’s mission to advance U.S. business interests in Japan and promote stronger bilateral trade and economic relations.

Lane has nearly 20 years of experience working in various foreign policy arenas both in the U.S. and Asia. She advised and briefed senior officials at the highest levels of government across three administrations, including at the White House, the Office of the Secretary of Defense, and on Capitol Hill.

She joined the Chamber from the White House where she served as special adviser to Vice President Pence on East Asia, Southeast Asia, and the Pacific. She counseled him on strategy, policy, and engagement toward Asia and had a primary role in managing his formal economic dialogue with his Japanese counterpart. From 2007 to 2017, she held various positions in the Office of the Secretary of Defense, primarily focused on strategic issues in Asia. This included stints as the senior country director for Vietnam and country director for Japan. In 2015, she was detailed to Sen. Ben Cardin’s (D-MD) office, where she advised him in his role as the ranking member of the Senate Foreign Relations Subcommittee on East Asia, the Pacific, and International Cybersecurity Policy.

Previously, Lane worked at ABC News’ World News Tonight and at the Council on Foreign Relations. Her overseas experience includes time spent as a visiting scholar at Tsinghua University in Beijing, as a legislative aide for a Japanese Diet member in Tokyo, and as a prefectural adviser in Nagano, Japan.

Lane received an M.A. in international security policy and East Asian regional affairs from Columbia University and a B.A. in political science and international relations from Northwestern University. She is a two-time recipient of the Office of the Secretary of Defense Medal for Exceptional Civilian Service, as well as the Secretary of Defense Global War on Terrorism Civilian Service Medal. She also serves on the Board of Directors for the Association of Women in International Trade (WITT)’s DC Chapter.

Lane resides in Bethesda, Maryland, with her husband and two children 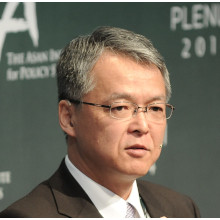 Yoshihide SOEYA is Professor Emeritus of Keio University, from which he retired in March 2020 after serving as professor of political science and international relations at the Faculty of Law for 32 years since 1988. He served as the Director of the Institute of East Asian Studies of the same university for six years until September 2013, and as the Director of its Center for Contemporary Korean Studies for five years until March 2016. He received Ph.D. from the University of Michigan in 1987, majoring in world politics. His areas of interest are politics and security in East Asia, and Japanese diplomacy and its external relations. Dr. Soeya was a Japan Scholar of the Woodrow Wilson Center in Washington D.C. from September 2013 to January 2014, and a Korea Foundation Fellow affiliated with the ASAN Institute in Seoul in March-May 2014. Dr. Soeya also served, in 1999-2000, as a member of the “Prime Minister’s Commission on Japan’s Goals in the 21st Century,” and, in 2010, as a member of “the Council on Security and Defense Capabilities in the New Era,” both in the Prime Minister’s Office. He was also a member of the “Central Council on Defense Facilities” (2000-2009, Agency/Ministry of Defense), and of the Advisory Group of the Ministry of Foreign Affairs (2003-2013).

His recent publications in English include “Middle Power Cooperation in the Indo-Pacific Era,” Issues & Studies, Vol. 56, No. 2 (June 2020); “The Rise of China in Asia: Japan at the Nexus,” in Asle Toje, ed., Will China’s Rise be Peaceful? Security, Stability, and Legitimacy (Oxford: Oxford University Press, 2018); “The Case for an Alternative Strategy for Japan: Beyond the Article 9-Alliance Regime,” in Michael J. Green and Zack Cooper, eds., Postwar Japan: Growth, Security and Uncertainty since 1945 (Washington D.C.: Center for Strategic and International Studies, 2017); “The Evolution of Japan’s Public Diplomacy: Haunted by its Past History,” Jan Melissen and Yul Sohn, eds., Understanding Public Diplomacy in East Asia: Middle Powers in a Troubled Region (London: Palgrave Macmillan, 2015); and “A ‘Normal’ Middle Power: Interpreting Changes in Japanese Security Policy in the 1990s and After,” in Yoshihide Soeya, Masayuki Tadokoro and David A. Welch, eds., Japan as a ‘Normal Country’ ?: A Country in Search of its Place in the World (Toronto: University of Toronto Press, 2011). 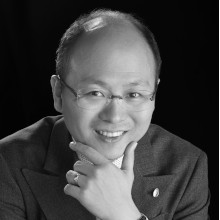