Understanding Religious Nationalism in Japan: Dispatches from the Field 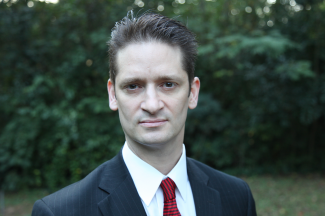 Japan routinely ranks as one of the world’s least religious countries, whereas few as one in ten survey respondents self-identify as having religious faith. It is, therefore, striking to note the apparent influence religions and religion-inspired ideologues exert on Prime Minister Abe Shinzō and his governing coalition. In this talk, McLaughlin will draw on his ongoing ethnographic research on the Association of Shinto Shrines, as well as Shinto-, Buddhism- and otherwise religiously aligned participants within Nippon Kaigi (Japan Conference), to bring to life ways religion-linked nationalist activists cooperate to guide Japanese policymaking. His ethnography reveals shifts within Japan’s religious institutions that are transforming elections and efforts toward a constitutional revision. The talk will illuminate the complex lives of nationalist ideologies, and those who oppose them, as it suggests ways we should understand the category “religion” in light of politics in Japan today.

Levi McLaughlin is an Associate Professor at the Department of Philosophy and Religious Studies at North Carolina State University. He received his Ph.D. from Princeton University after the previous study at the University of Tokyo, and he holds a B.A. and M.A. in East Asian Studies from the University of Toronto. Levi is co-author and co-editor of Kōmeitō: Politics and Religion in Japan (IEAS Berkeley, 2014) and co-editor of the special issue Salvage and Salvation: Religion and Disaster Relief in Asia (Asian Ethnology, June 2016). He is the author of Soka Gakkai’s Human Revolution: The Rise of a Mimetic Nation in Modern Japan (University of Hawai`i Press, 2019).