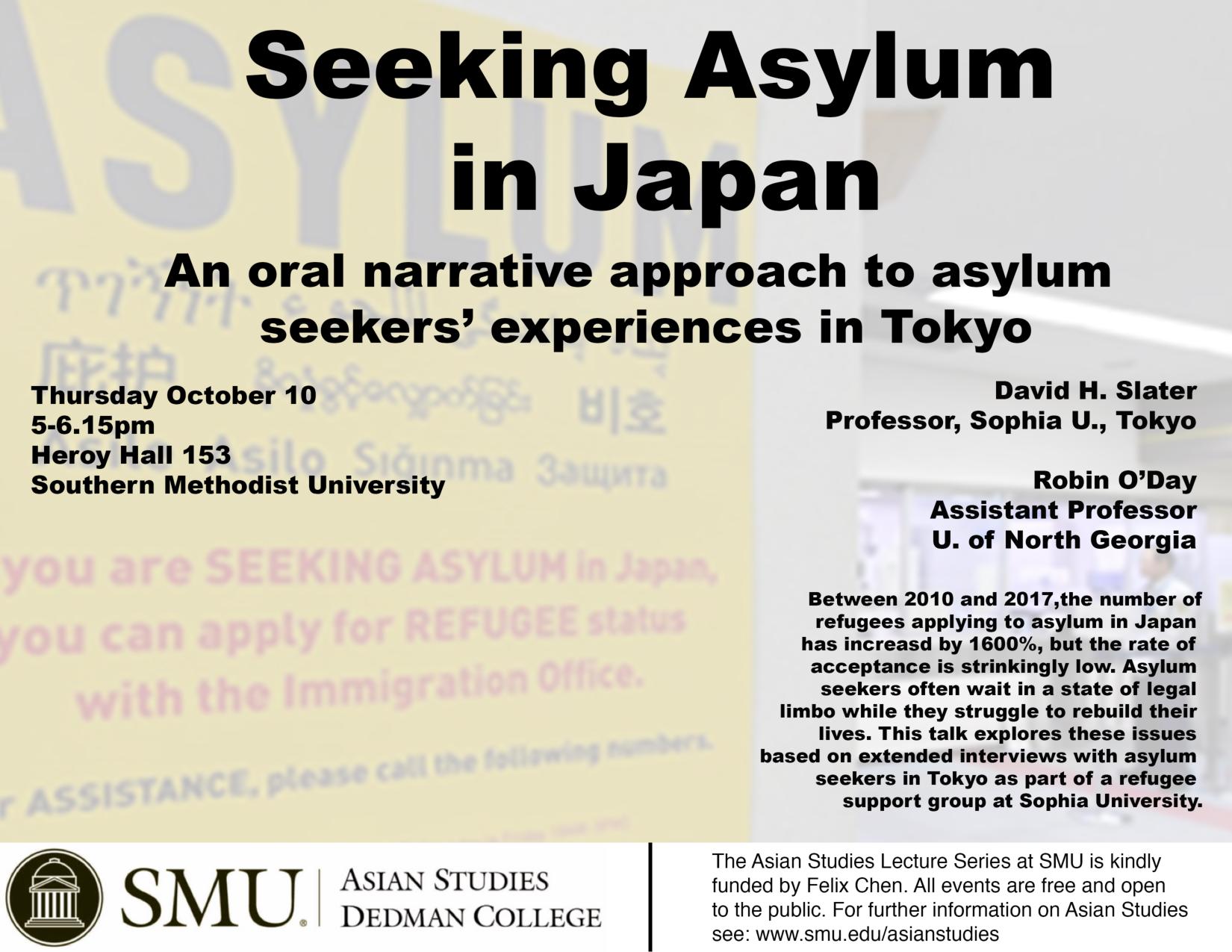 A talk by David H. Slater (Sophia University, Tokyo) and Robin O’Day (U. Of North Georgia)

Japan has positioned itself in paradoxical ways on the issue of refugees. Although it accepts and ultimately resettles very few refugees domestically, it is one of the most generous donors to the United Nations High Commissioner of Refugees (UNHCR) where in 2017 it contributed more than $US 150 million, the fourth largest behind the US, Germany and the EU. Closer to home, between 2010 and 2017 the number of refugees who made it all the way to Japan to seek asylum increased by 1,600%, with almost 20,000 applications in 2017 alone. Yet in the same year Japan granted refugee status to only 20 people. Although the rate of acceptance is strikingly low, the population of asylum seekers is rapidly increasing since it often takes years for asylum claims to be processed in a backlogged system. While asylum seekers wait in a state of legal limbo, often stuck in Japan with nowhere else to go, they often struggle to rebuild their lives in an unstable situation with an uncertain future. This lecture explores some of these paradoxes based on extended narrative interviews with current asylum seekers in the Tokyo area, part of a larger project by a refugee support group at Sophia University. Using digital video clips from the interviews, the speakers allowed the asylum seekers to speak for themselves and showed us the circuitous path taken by asylum seekers, especially the relatively elite and educated from Africa and the Middle East, as they navigate Japan’s arcane immigration and support systems, try to find and keep work, endure incarceration in detention centres, and struggle with the vagaries of community connections and political positionality. 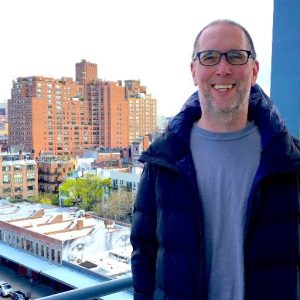 David H. Slater is Professor of Cultural Anthropology at Sophia University, Tokyo. He has worked recently on the practice and politics of post 3.11 nuclear disasters in northern Japan, and runs the “Voices from Japan” project. 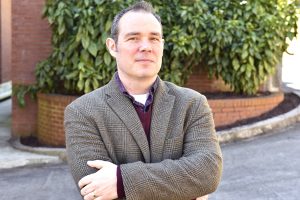 Robin O’Day is an Assistant Professor of Anthropology at the University of North Georgia. He has conducted extensive fieldwork in the area of Japanese social movements. Since 2012, he has collaborated on the “Voices from Japan” digital oral narrative project based at Sophia University.

The Asian Studies Lecture Series is generously funded by Felix Chen. All events are free and open to the public. For further information on Asian Studies, see http://www.smu.edu/asianstudies