Japan-America Society of Dallas/Fort Worth Major Events and Milestones 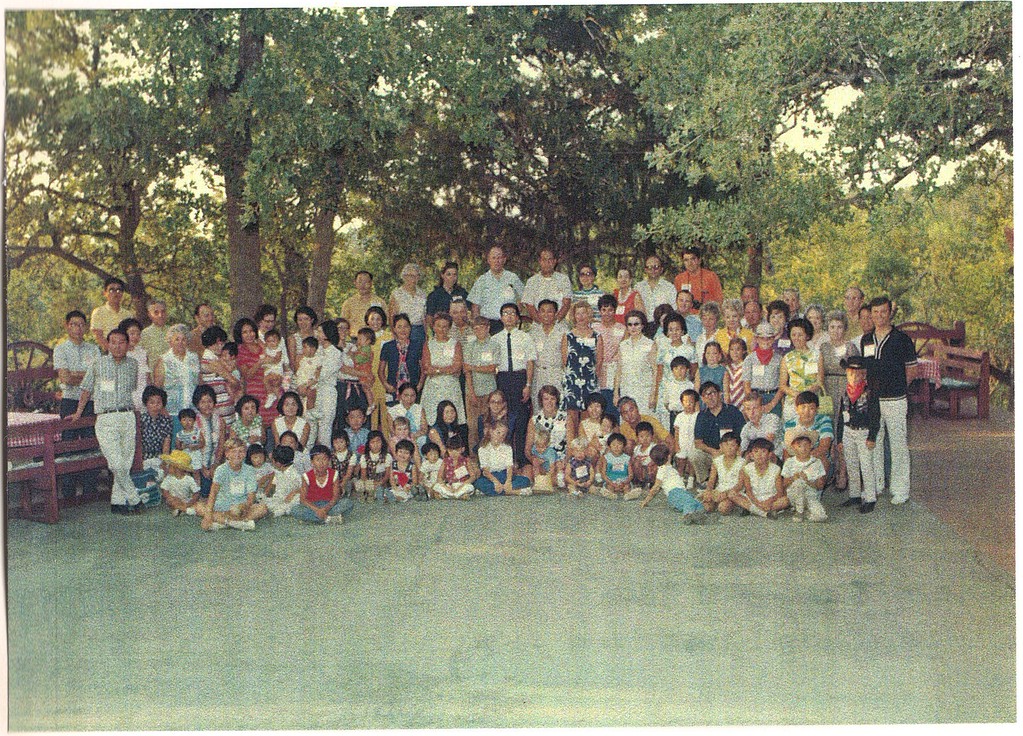 1970 – The Japan-America Society of Dallas is born on February 17. The first program was on February 26, a lecture by Dr. Sam Brock, an oral surgeon and long-time student of Japanese language and culture, on “The Meaning of Japanese Simplicity.” This photo is from mid-1970. 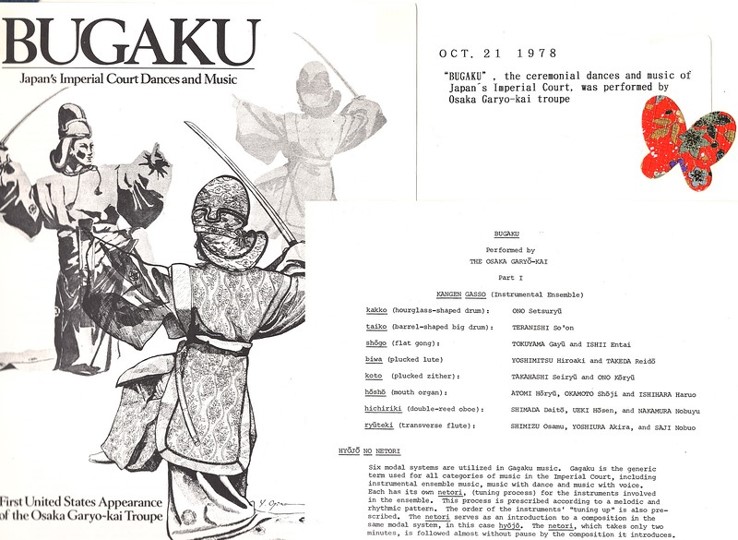 1978 – In a partnership with Asia Society in New York, the Osaka Garyo-kai makes its first U.S. appearance as part of “Bugaku,” featuring ceremonial dances and music of Japan’s Imperial Court. 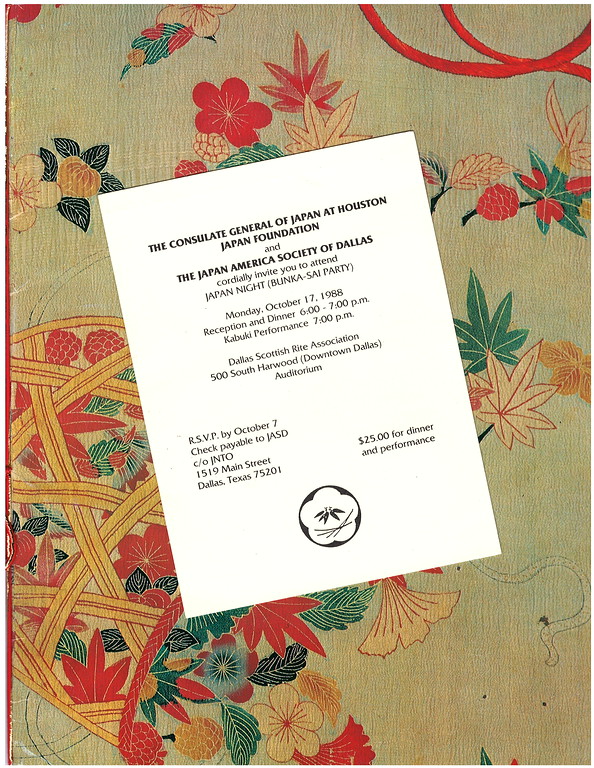 1988 – An 11-member troupe of Grand Master Kabuki dancers visits Dallas in October. This program was supported by the Consulate-General of Japan in Houston and the Japan Foundation – partners which continue to bring Japanese content to North Texas today. 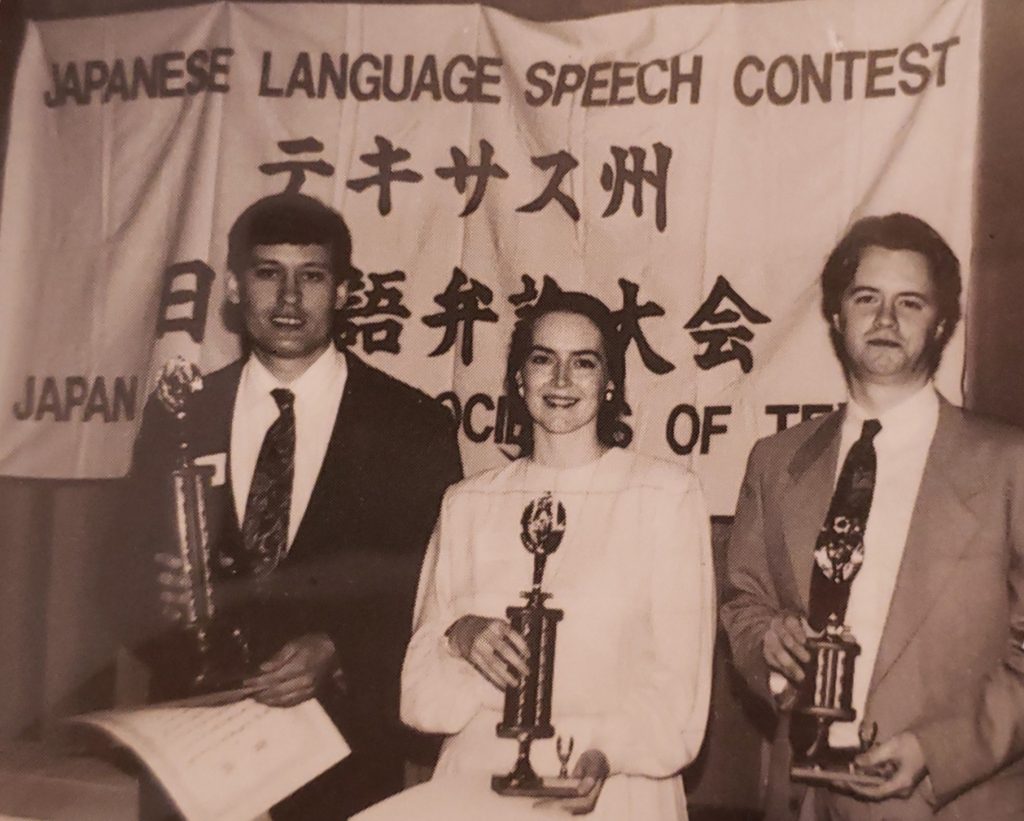 1992 – The 3rd Annual Japanese Language Speech Contest takes place. The early years of the contest are supported by the Japan-America Societies of Dallas, Houston, Austin, and San Antonio, as well as the Consulate-General of Japan in Houston, and the Japan Foundation. This program continues today at the regional, state, and national levels. 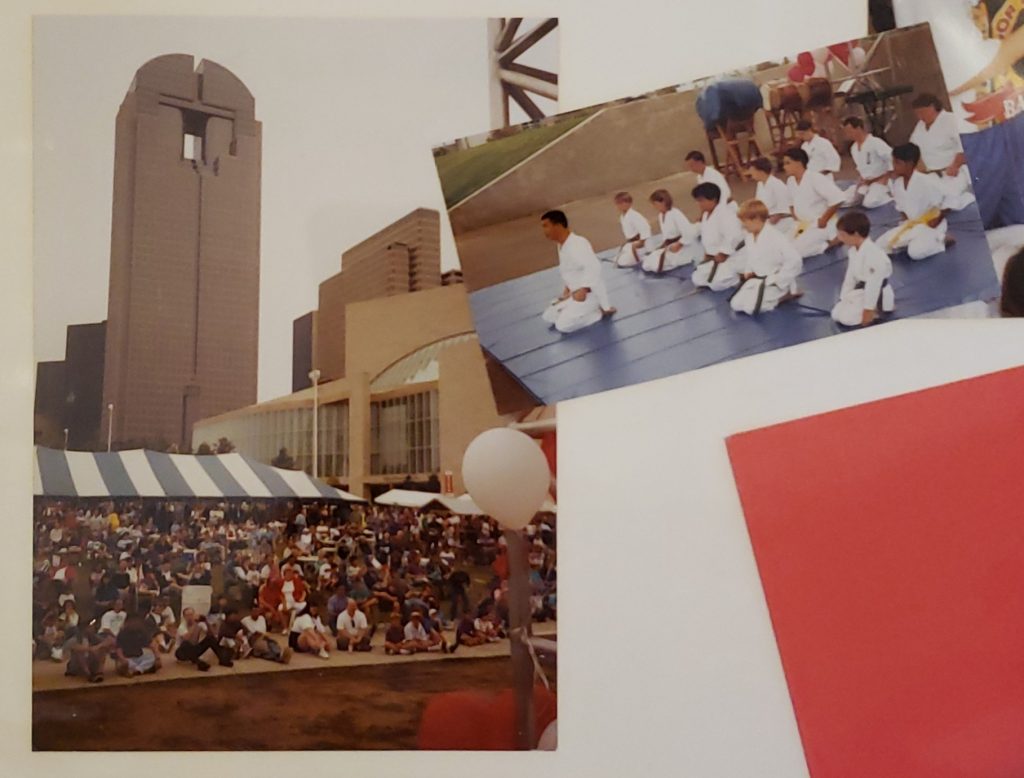 1993 – The Japan-America Society of Dallas and the Dallas Japanese Association co-present the fall festival, Akimatsuri, in the heart of downtown Dallas. Over 4,500 guests enjoy performances, games, and Japanese food. 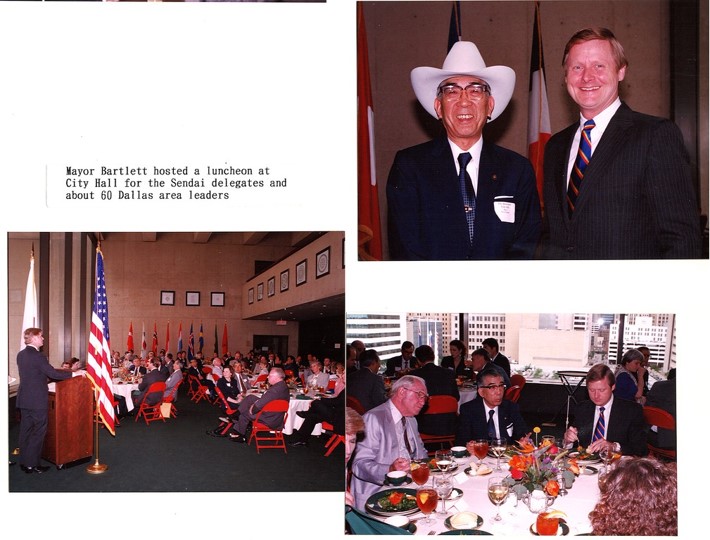 1992 and 1993 – A delegation led by Dallas Mayor Steve Bartlett visits Sendai on November 12-14, 1992, followed by a visit from Sendai Mayor Ishii to Dallas on November 9-11, 1993. These events would be important in the future establishment of an official relationship between Dallas and Sendai. These photos are from the 1993 event in Dallas. 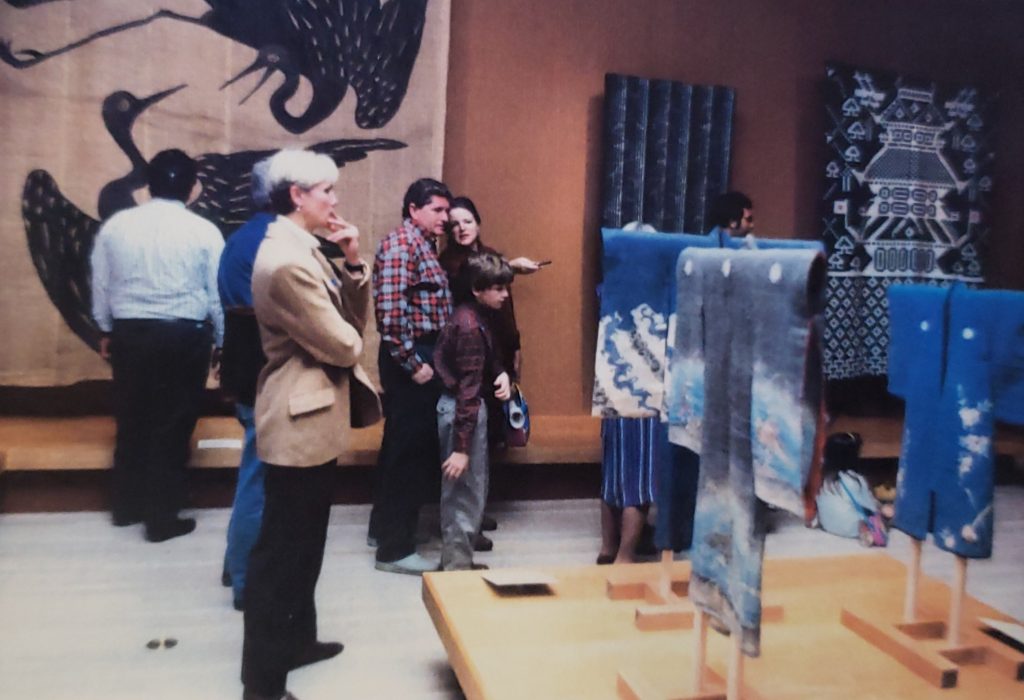 1995 – JASD and the Dallas Japanese Association fund a family opening day at the Dallas Museum of Art for Beyond the Tanabata Bridge: A Textile Journey in Japan. Festivities include tours of the exhibition, taiko drumming, storytelling, art activities, a katozome dyeing demonstration, and weaving demonstrations of saganishiki and kumihimo looms. 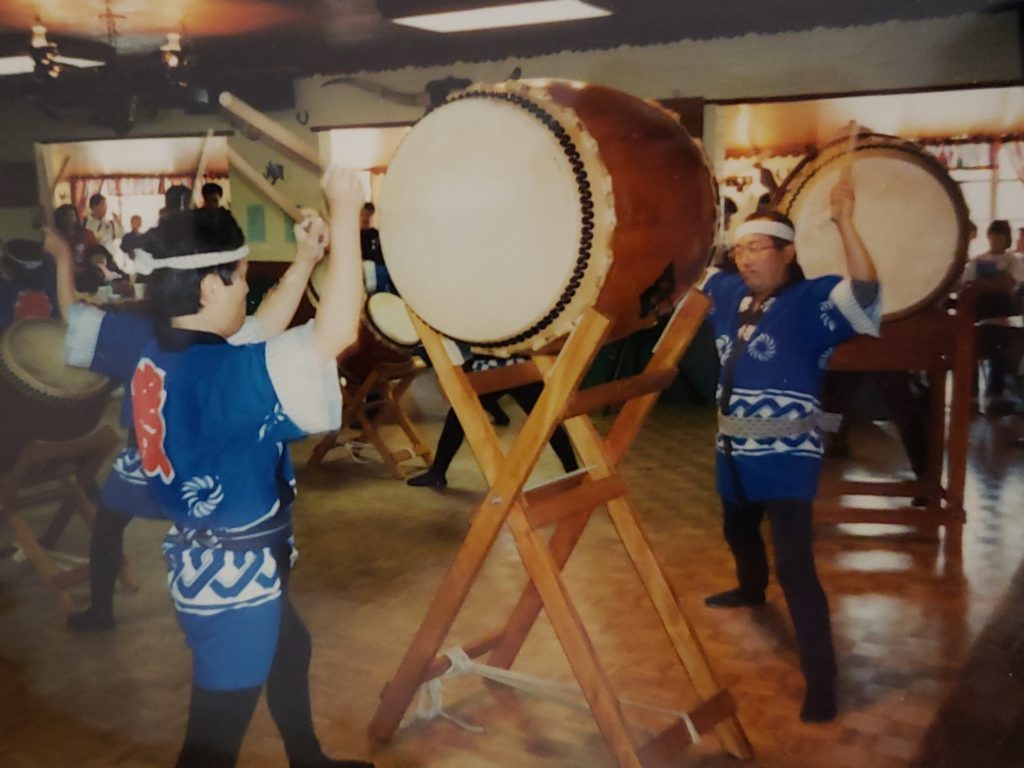 1995 – The Japan-America Society of Dallas, the Dallas Japanese Association, and the Fort Worth Japanese Society gather at Doubletree Ranch in Lewisville to “celebrate 25 years of friendship.” Attendees enjoy a performance by drumming group Kiyari Daiko, a kendo demonstration, Texas-style line dancing, and a barbecue dinner. 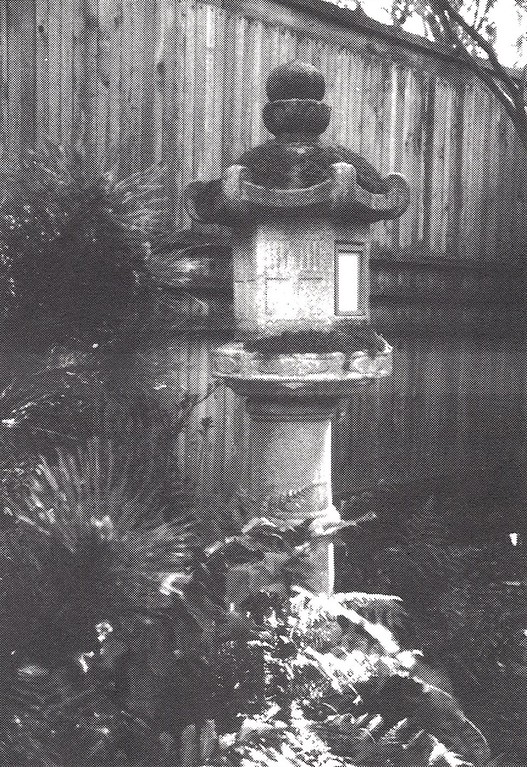 1995 – The Japan-America Society of Dallas celebrates its 25th anniversary and adds Fort Worth to its name. The Society also dedicates a Japanese stone lantern, based on designs at the Kasuga Shrine in Nara, at the Dallas Arboretum in commemoration of a quarter century of U.S.-Japan friendship. 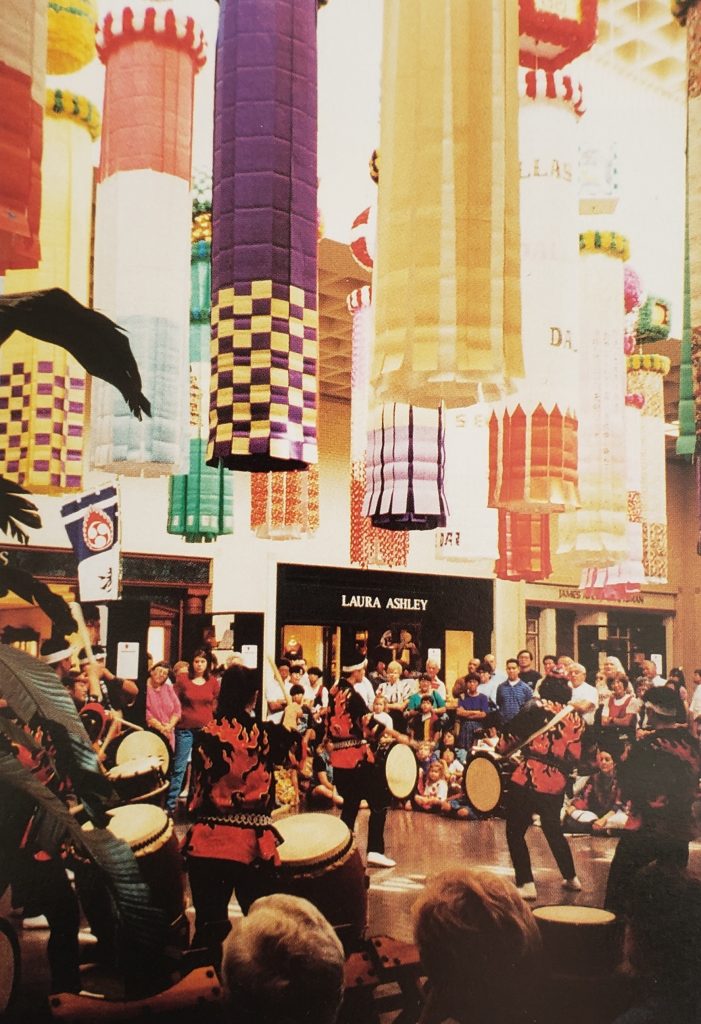 1996 – Sun & Star 1996, a celebration of Japan and Texas takes place with more than 60 exhibitions and events in visual and performing arts, popular culture, and sports. JASDFW is one of the program participants, along with the Dallas Museum of Art, the Dallas Opera, and many others across the entire state of Texas. Sendai sends a 100-person delegation to the event in Dallas and the visitors display 40 tanabata decorations, as well as holding a cultural fair at NorthPark Center (see picture above). Companies from across the globe fund Sun & Star, with lead funding from EDS and Hitachi, Ltd., and attendance exceeds one million at festival events and exhibitions. Sun & Star also raises funds that are eventually used to support several Japan-related initiatives across North Texas, including future projects that become JASDFW’s Sun & Star Legacy Award Dinner and its Sun & Star Golf Classic. 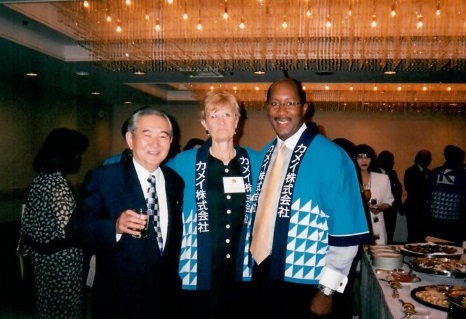 1997 – Mayor Ron Kirk and Mayor Hajimu Fujii sign the Dallas-Sendai International Friendship Cities agreement in August. This formalizes a relationship that has included Dallas runner participation in the Sendai International Half-Marathon, reciprocal Sendai runner participation in the Dallas Marathon, the Dallas-Sendai Young Ambassadors Program, and numerous delegation visits over the years. Pictured here (L-R) is Shogo Kamei, chair of the Sendai-Dallas Exchange Association and President of the Kamei Corporation (1993-2003); Christiana Stich, the official liaison between the cities of Dallas and Sendai; and the Honorable Ron Kirk, Mayor of Dallas (1995-2002). 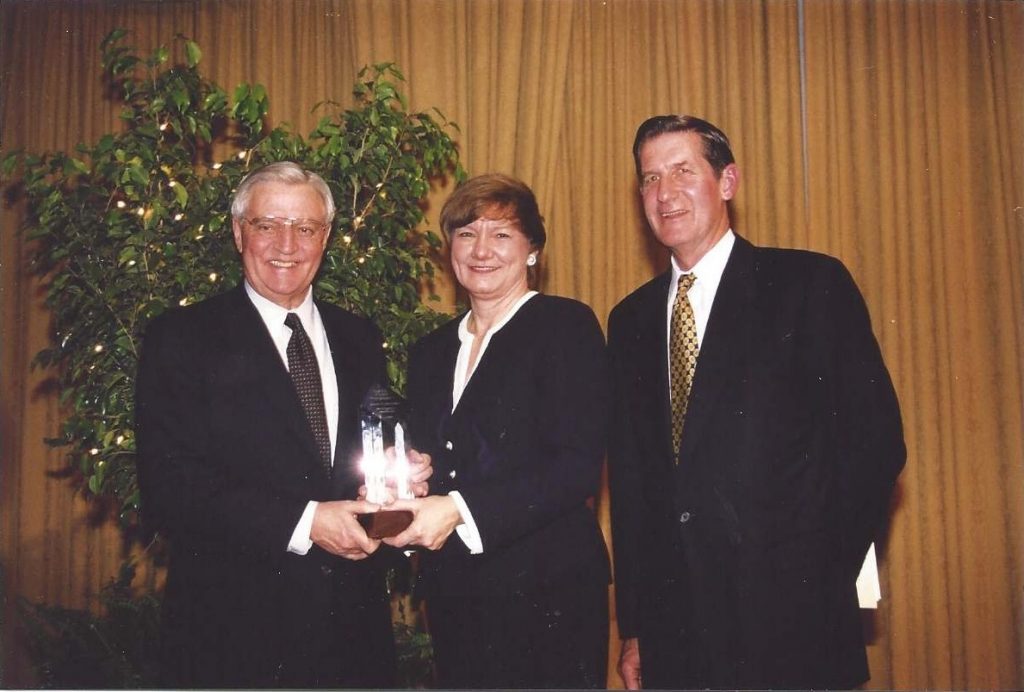 1998 – The organization’s premier business networking event and presentation of its highest honor is established with the Sun & Star Legacy Award Dinner. Walter Mondale, who served as Vice President of the United States (1977-81) and Ambassador from the United States to Japan (1993-96), among many other distinguished roles, is the award’s inaugural recipient. 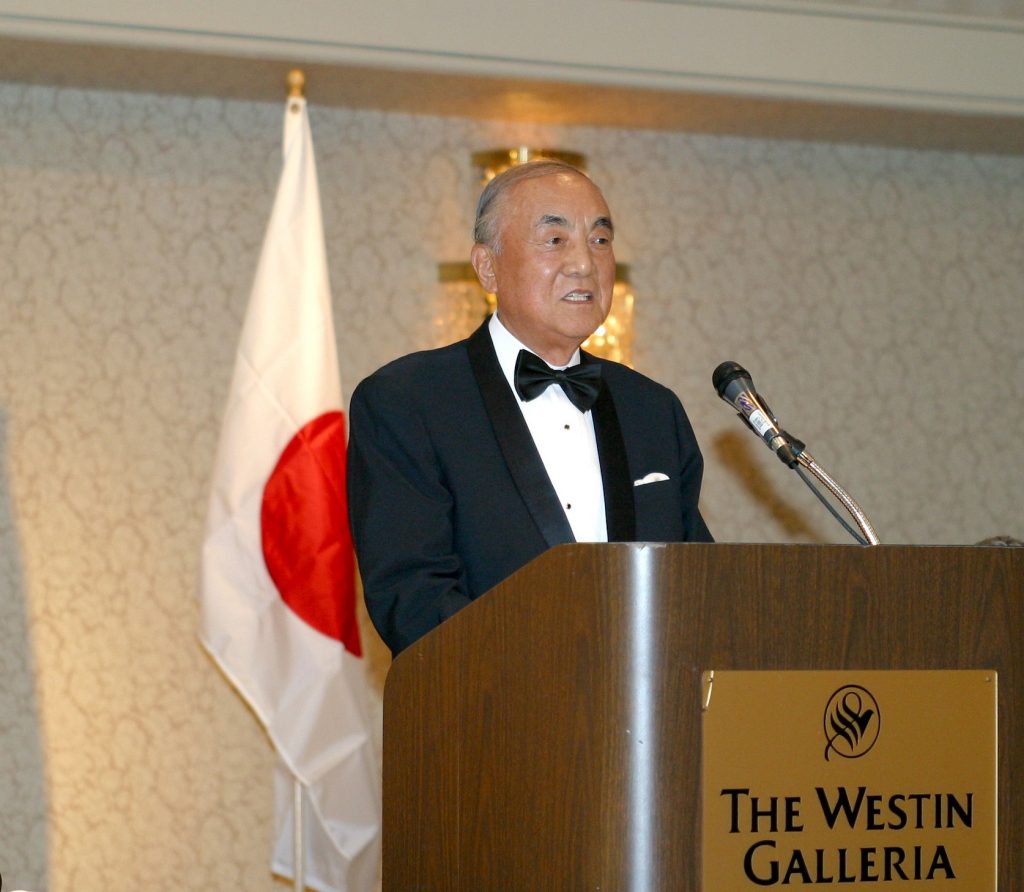 2003 – For the first time in Society history, the head of a foreign government is honored with the organization’s highest honor. Prime Minister Yasuhiro Nakasone (1982-87) receives the Sun & Star Legacy Award and soon thereafter joins the JASDFW Advisory Council. 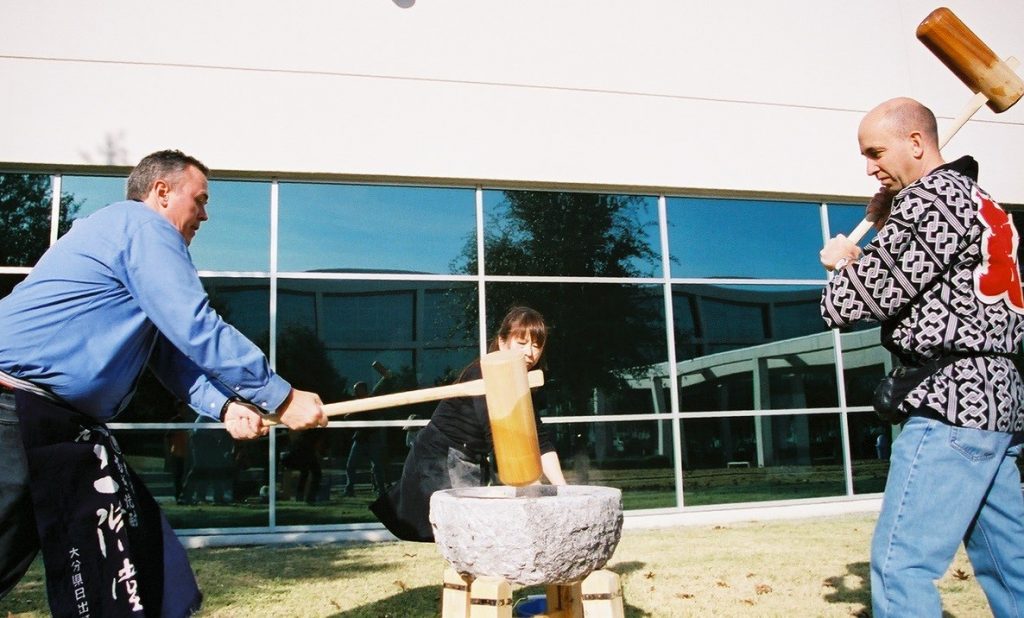 2004 – The annual Mochitsuki New Year’s Celebration, which began in 2001, takes place at Fujitsu Network Communications in Richardson. Through the strong support of Fujitsu, this program continues to be located at the venue to this day and it has also become one of JASDFW’s highest attended yearly events. 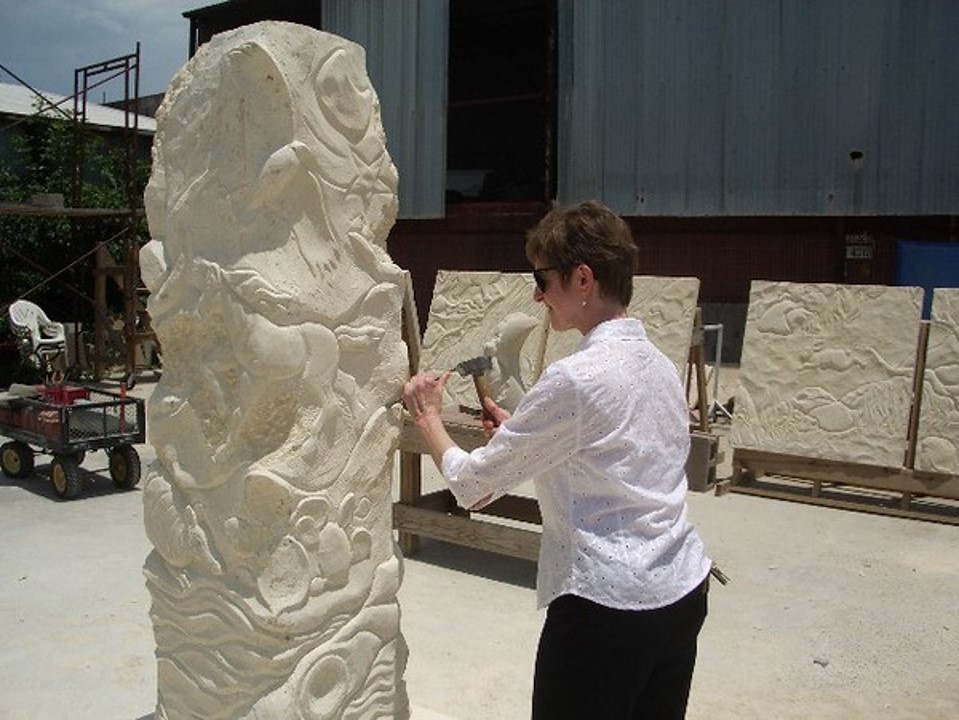 2007 – The City of Dallas, Japan-America Society of Dallas/Fort Worth, and the Crow Collection of Asian Art present Texas Serenade, a sculpture by Eliseo Garcia, to the City of Sendai on August 29 in honor of ten years of international friendship. Pictured here is then Executive Director Anna McFarland, who is chiseling a piece of the artwork. 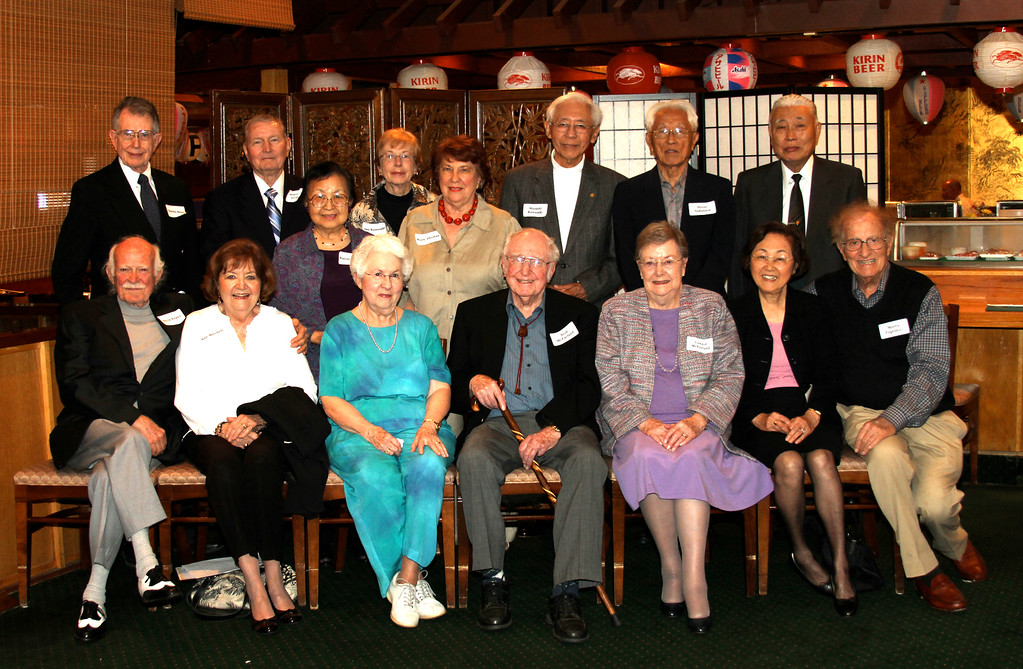 2010 – JASDFW celebrates its 40th anniversary. One of the year’s special events is a charter member luncheon, celebrating the Society’s first contributors in 1970. Founding President Dr. Neill McFarland is seated in the middle of this photo. 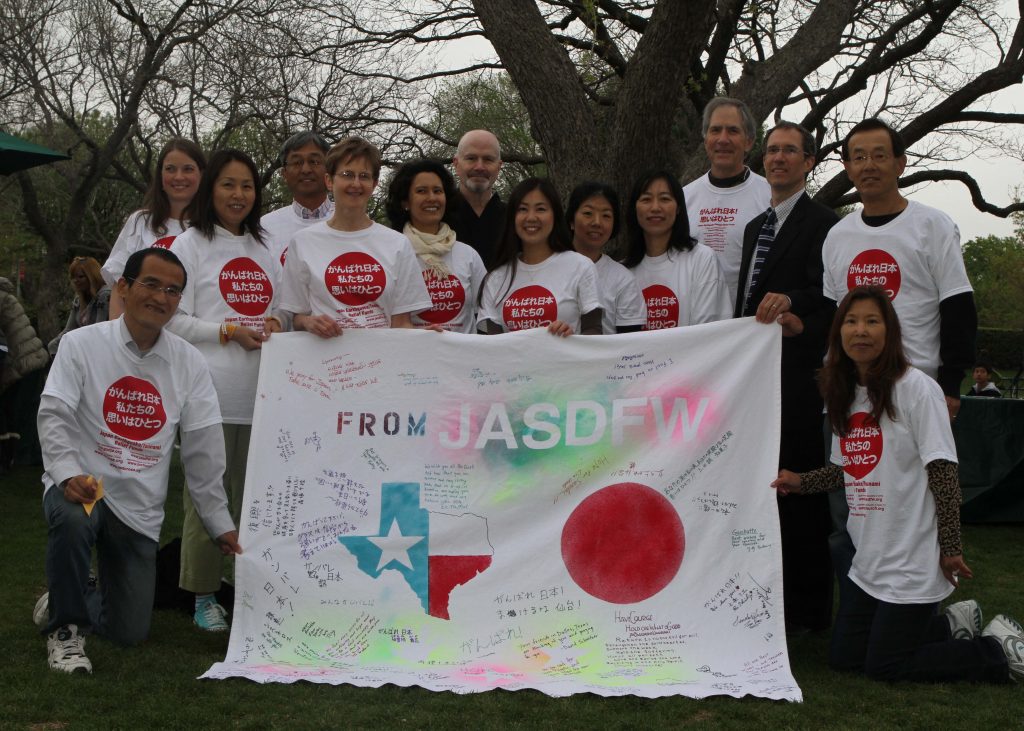 2011 – JASDFW responds to the Great East Japan Earthquake and the Triple Disaster in the Tohoku Region by raising over $187,000 for recovery efforts. The Sendai relief funds were donated to Lions Club International for rebuilding the Mori no Sato nursing facility (see 2015 for a related event). 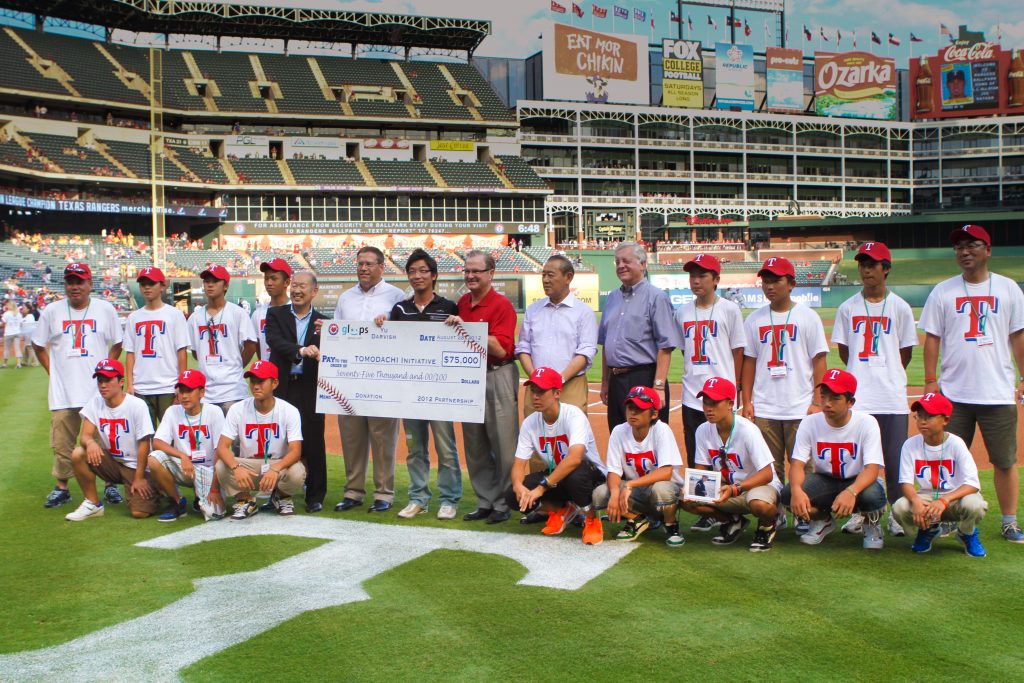 2012 – As part of the Japan-America Grassroots Summit, junior high school baseball players from Ishinomaki Little Senior, in the devastated region of Tohoku, come to North Texas. They compete against American teams, have a special meet-and-greet with Texas Rangers pitcher and Japanese national Yu Darvish, and attend a pre-game ceremony at the Rangers Ballpark in Arlington (now known as Globe Life Park). As part of the ceremony, the Texas Rangers Foundation, Japanese company gloops International Inc., and Yu Darvish give $75,000 to the TOMODACHI Initiative, which is a public-private partnership supporting earthquake and tsunami recovery in Japan. Pictured here are the players and coaches (white shirts), along with (L-R) Kaz Maniwa, Senior Vice President at the U.S.-Japan Council; Kurt Tong, Deputy Chief of Mission at the U.S. Embassy to Japan (2011-14); Yukiharu Tomita, CEO of gloops International Inc.; Jim Sundberg, Executive Vice President of the Texas Rangers Baseball Club; Ambassador Ichiro Fujisaki, Ambassador from Japan to the U.S. (2008-12); and Ambassador J. Thomas Schieffer, Ambassador from the U.S. to Japan (2005-09) 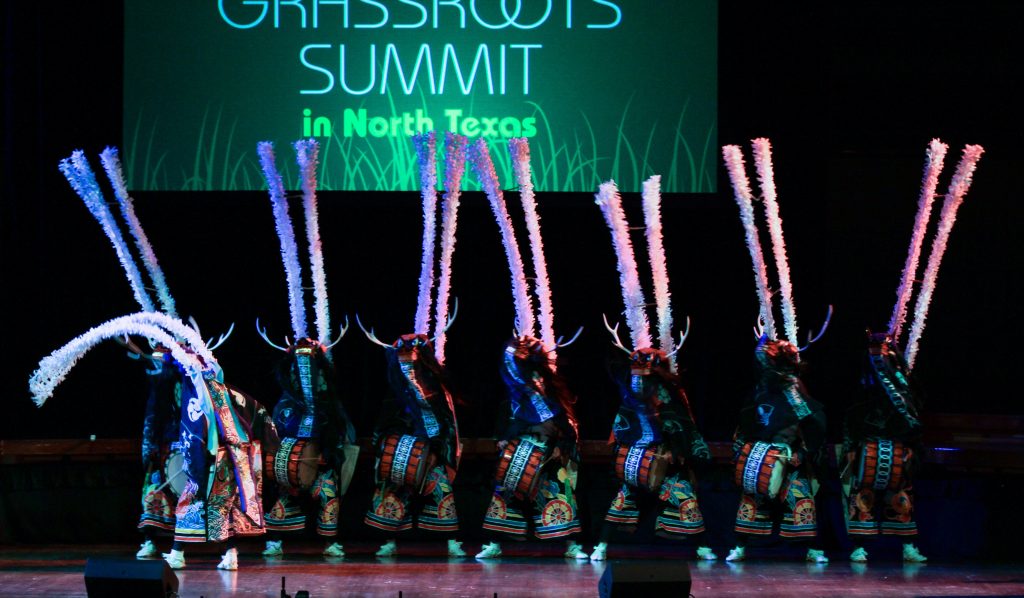 2012 – JASDFW hosts the Japan-America Grassroots Summit from August 28 to September 3, in partnership with the John Manjiro-Whitfield Commemorative Center for International Exchange. This is a major turning-point in the Society’s history and it greatly increases the organization’s standing in the broader North Texas community, especially with elected officials among the Dallas/Fort Worth area’s many municipalities. Pictured here is one the event’s many activities, a traditional Japanese dance performance by the Shishi-Odori Dance Group from Minamisanriku (Miyagi Prefecture, Tohoku Region), at the closing ceremony. 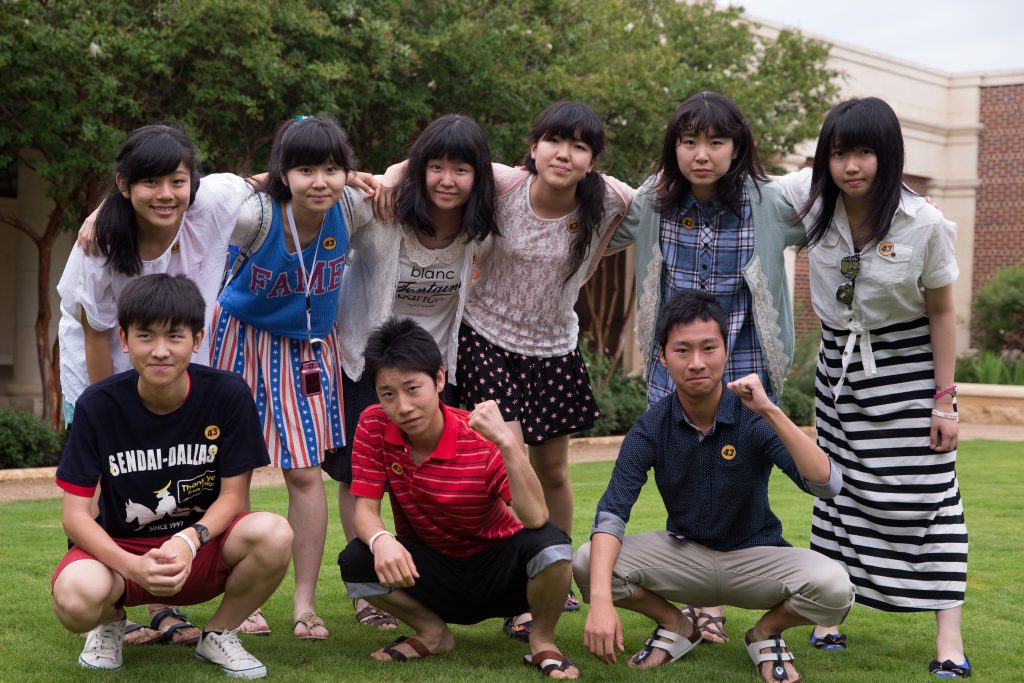 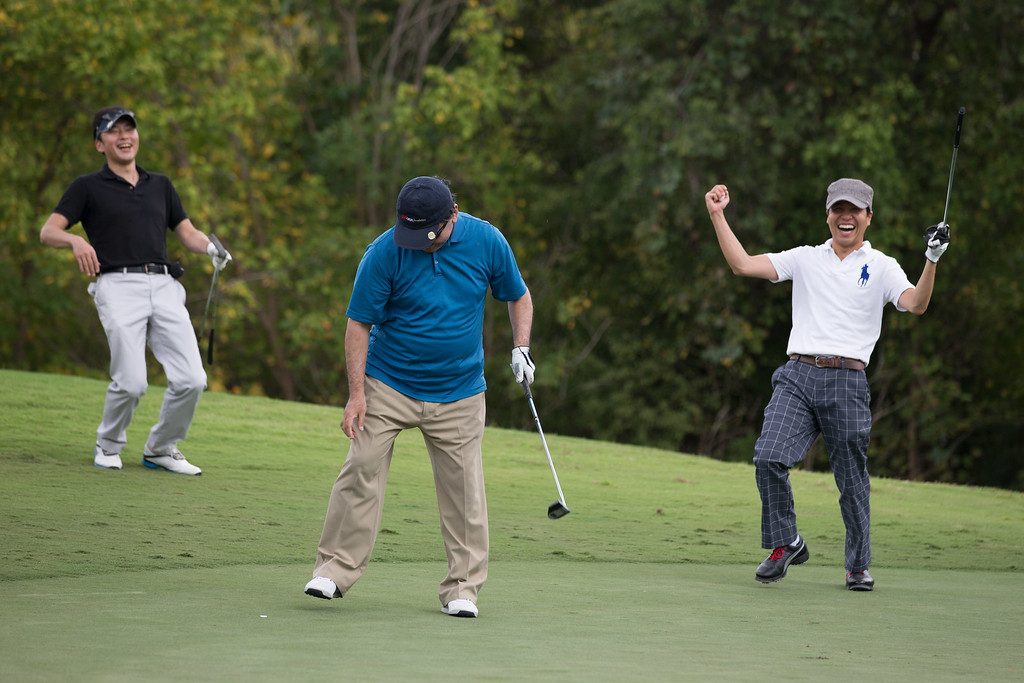 2014 – The first annual Sun & Star Golf Classic takes place in September. This event becomes the Society’s second-largest fundraiser and is a major opportunity for business networking. Over 80 players compete at the inaugural program and the number has risen to over 100 in recent tournaments. 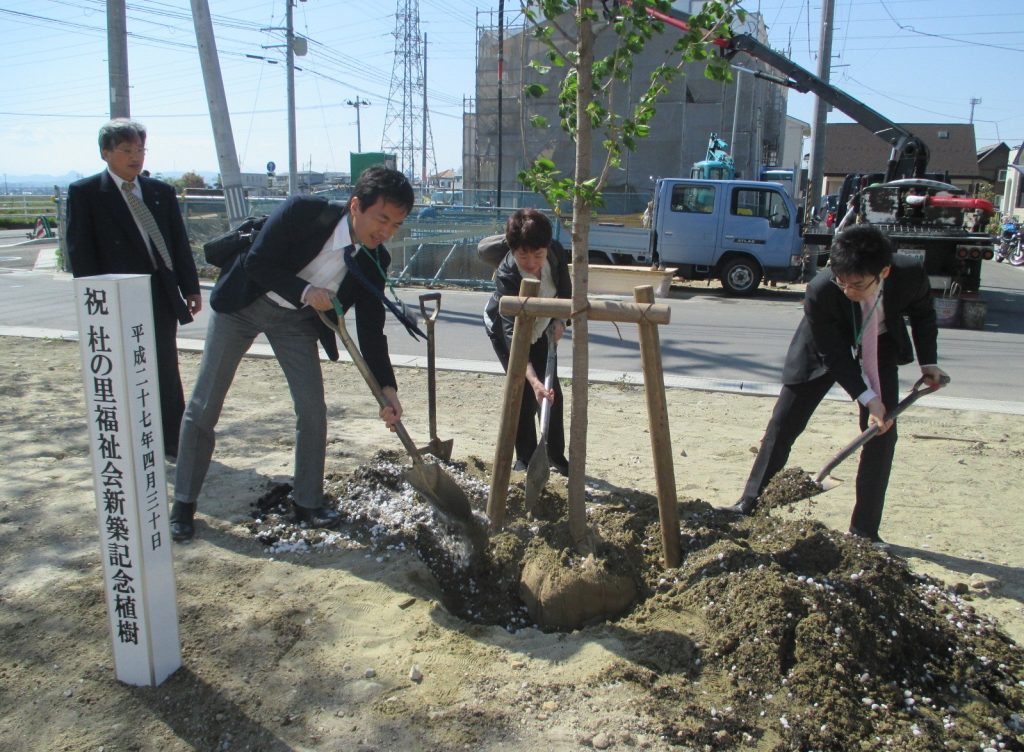 2015 – The Japan-America Society donates a cherry tree – the “Dallas-Sendai Friendship Tree” – and stone monument to commemorate the reopening of Mori no Sato, a Japanese nursing home hit by the 2011 earthquake and tsunami. Stranded for four days on the upper floors of the facility, the courageous staff and elderly residents of Mori no Sato survived through great acts of ingenuity, altruism, and grit. Amazingly, not a single person perished. 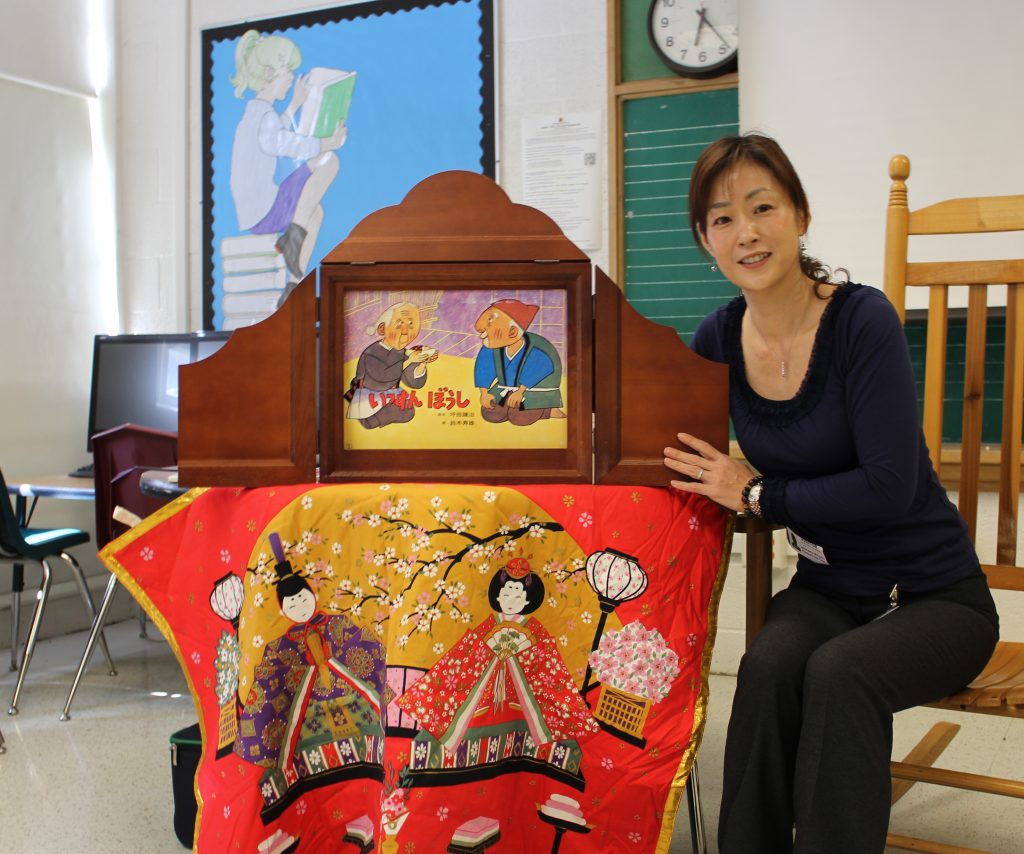 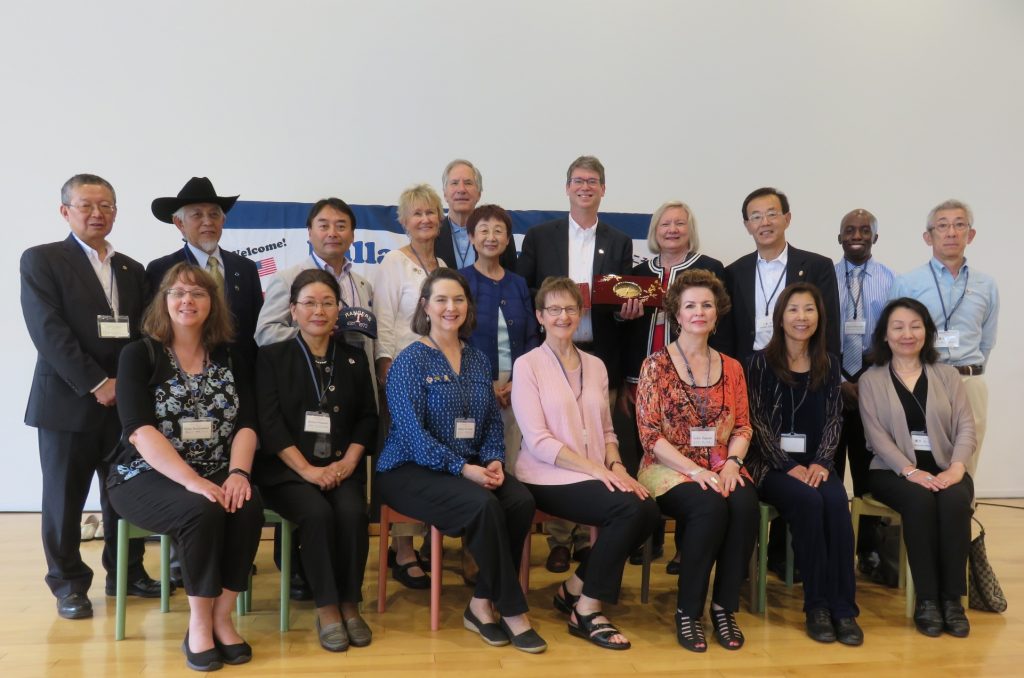 2017 – For the 20th anniversary of the Dallas-Sendai Friendship Cities Agreement, a delegation from North Texas travels to Sendai in July. Pictured here is the delegation with Sendai Mayor Emiko Okuyama, who guided the city in its post-earthquake and tsunami recovery. A delegation from Sendai comes to Dallas in May, highlighted by a visit from Vice Mayor Yukimoto Ito. 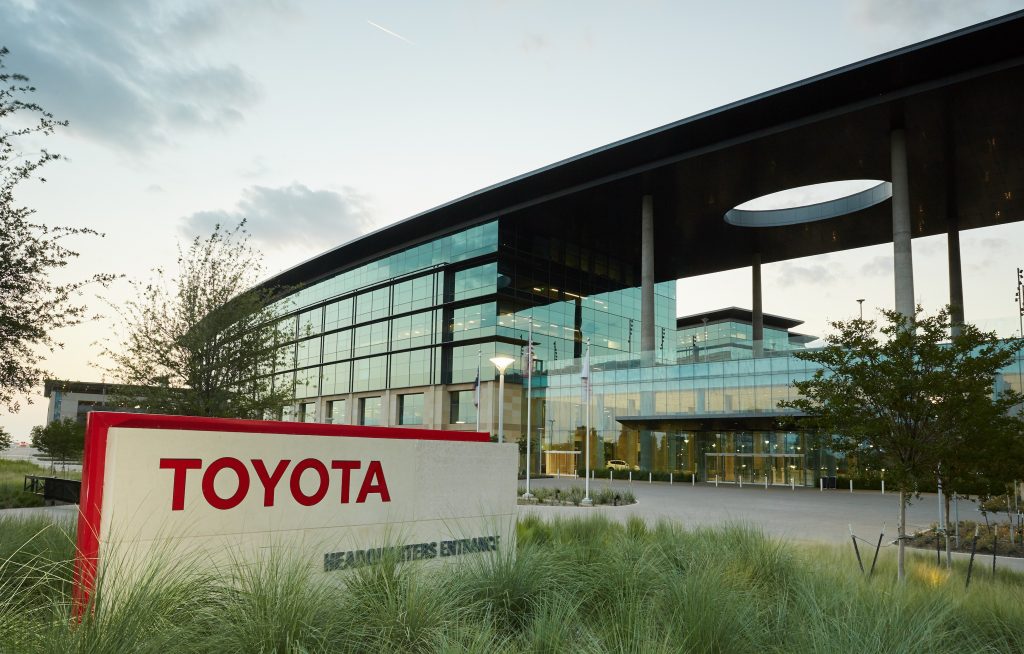 2017 – Toyota completes the move of its North American headquarters to Plano and many of Toyota’s suppliers and subsidiaries make a similar transit in the coming years. Toyota has become a major contributor to the Dallas/Fort Worth community and one of the Society’s strongest corporate citizens. 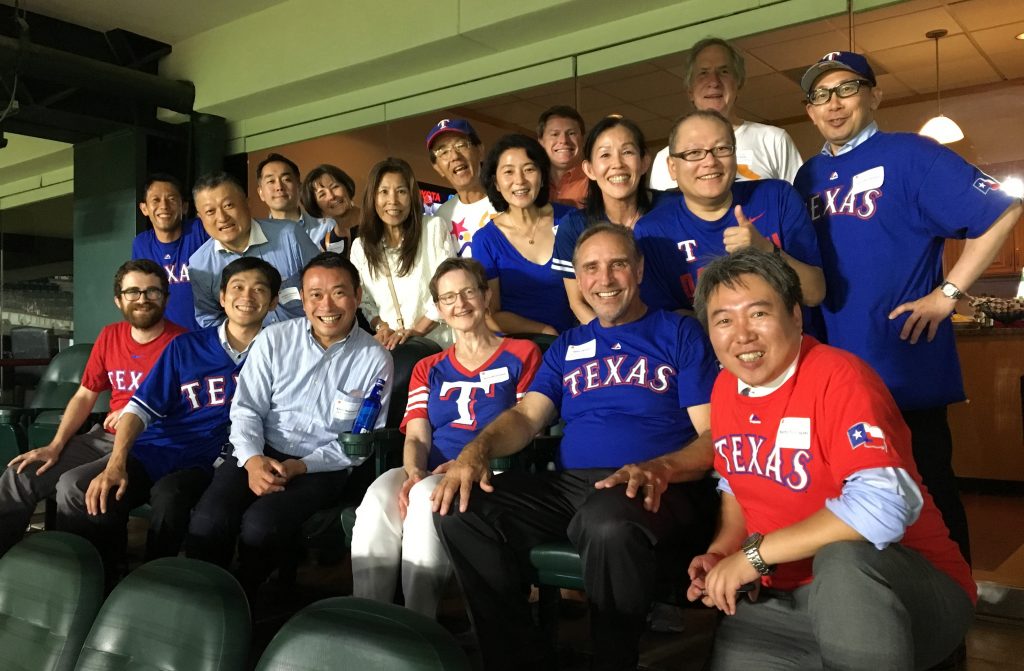 2017 – The Japan-America Friendship Night, in partnership with the Texas Rangers Baseball Club, brings together Americans and Japanese through the shared love of baseball. Inspired by Yu Darvish’s signing in 2012, this event has become an annual summer gathering for board members, corporate members, individual/family members, and community partners. 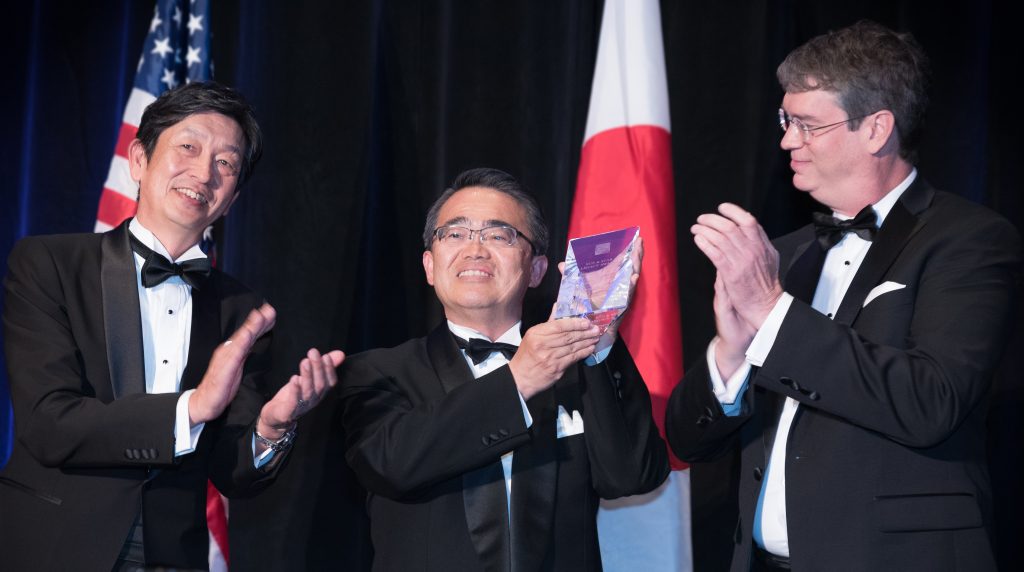 2018 – Corporate membership doubles in comparison to only five years before, signaling the importance and growth of Japanese business in North Texas. The expanding corporate presence also plays a significant role in the Sun & Star Legacy Award Dinner’ continually increasing attendance. To this day, JASDFW has one of the largest corporate membership bases within the 38-city network of the National Association of Japan-America Societies (NAJAS). 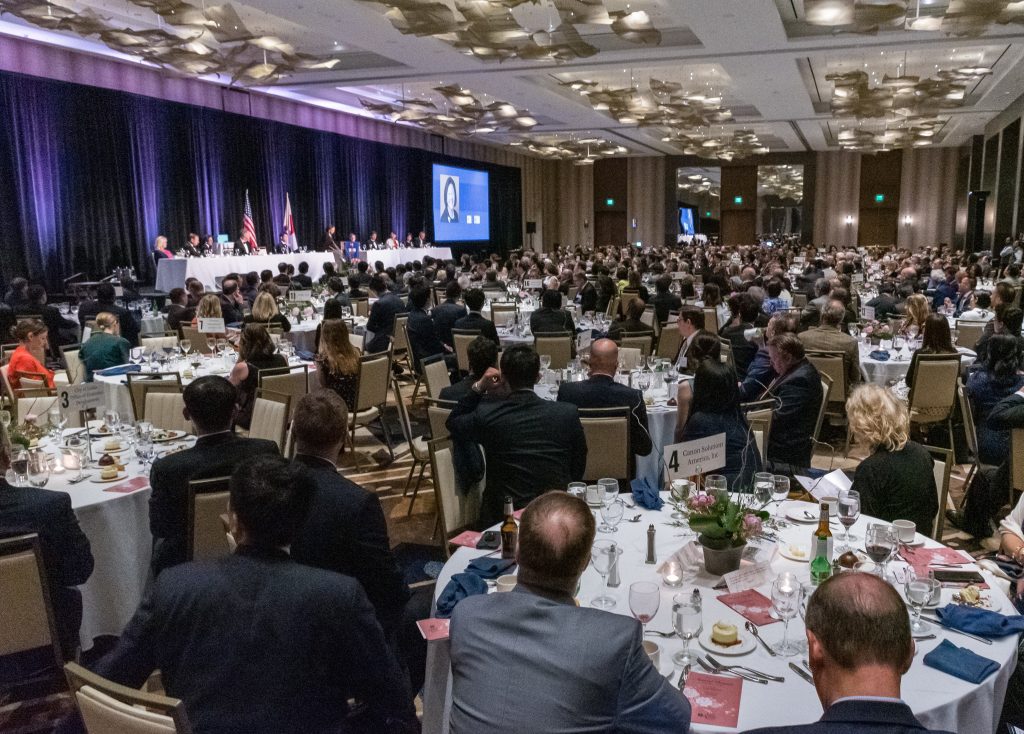 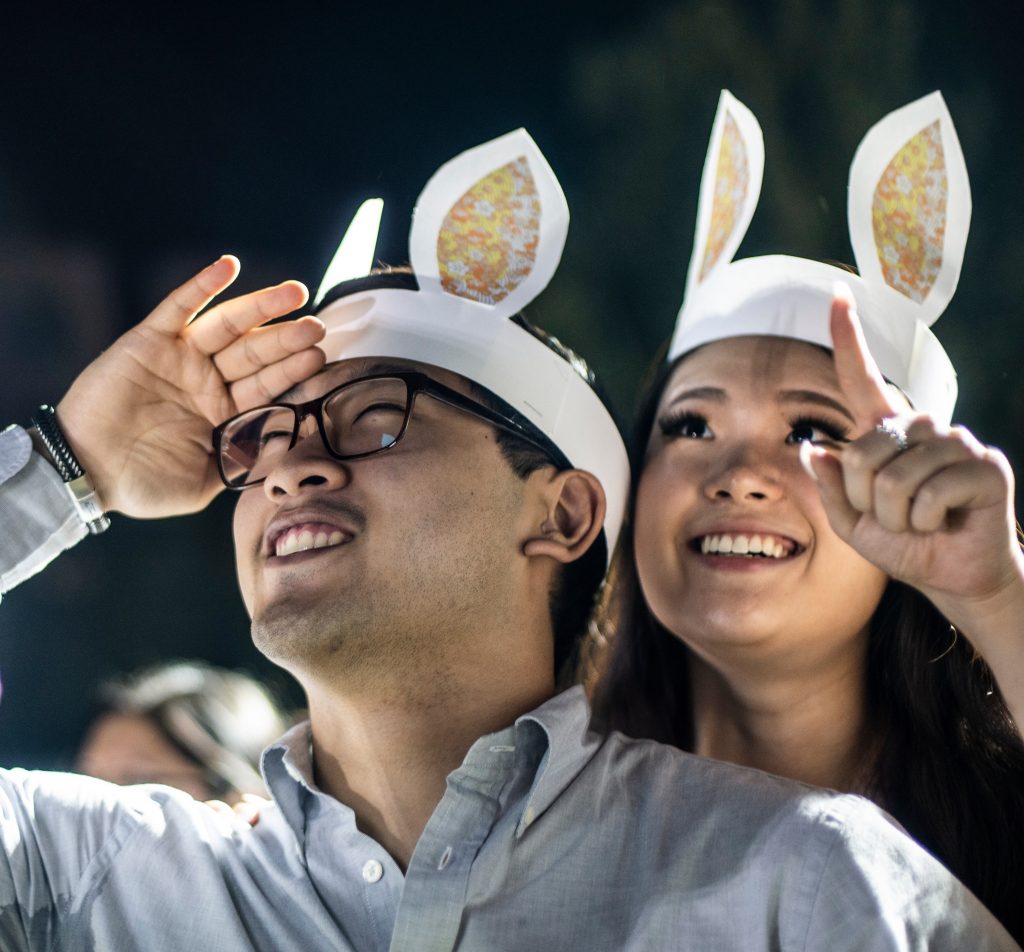 2019 – JASDFW celebrates its 20th annual Otsukimi Moon Viewing Festival, which takes place at Frisco Square, after a long run at Klyde Warren Park in downtown Dallas. This mid-autumn event has become the organization’s highest attended yearly program, often numbering in the thousands, and with the move to Dallas’ northern suburbs, it will continue to reach new audiences. 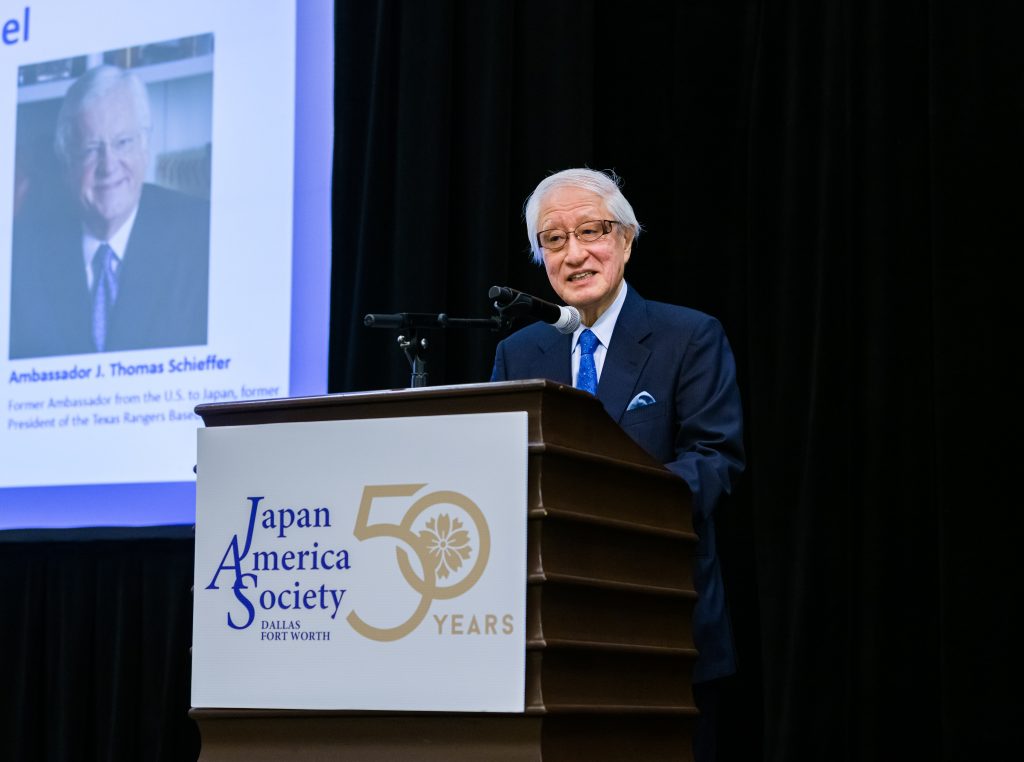 2020 – The Society holds its annual Japan Currents Symposium, which brings leading thinkers from the U.S. and Japan to explore current and future issues affecting the bilateral relationship. This year’s Symposium looks at the influence of baseball on the business and diplomacy of U.S.-Japan relations. It features the largest group of speakers in the event’s history since its inception in 2014. Pictured here is Ambassador Ryozo Kato, former Ambassador from Japan to the United States (2001-08) and former Commissioner of Nippon Professional Baseball (2008-13).