50th Anniversary of Japan-America Society of Dallas/Fort Worth 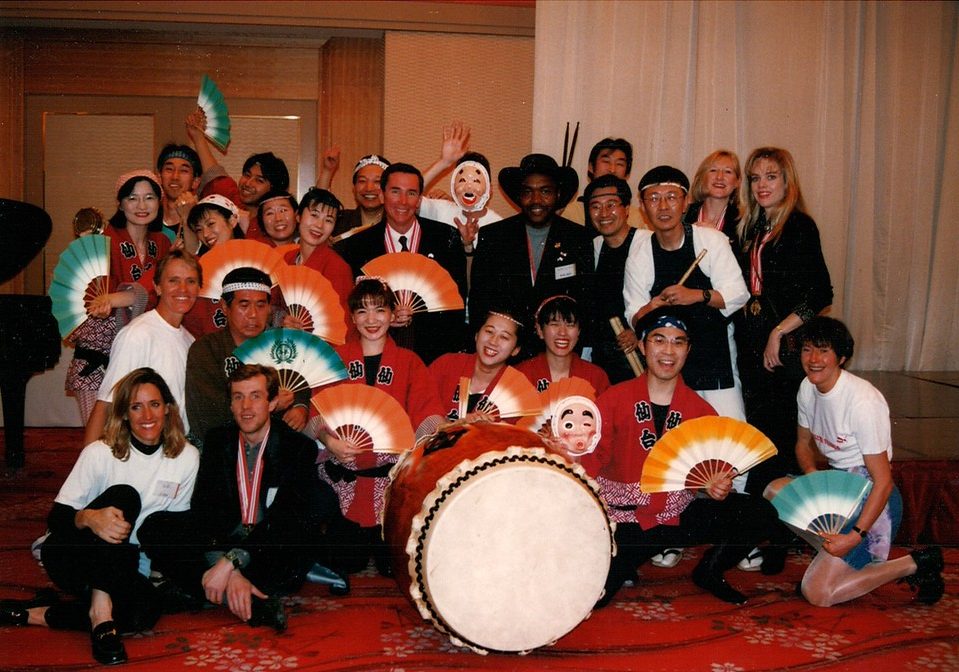 In 2020, the Japan-America Society of Dallas/Fort Worth will commemorate its 50th anniversary. The Society has a long list of accomplishments since its birth in 1970, steadily building friendship and understanding between Japanese and Americans in North Texas. With the continued expansion of Japanese business in the region, the Society is poised to enter an exciting new chapter for the next 50 years.

Japan-America Society of Dallas/Fort Worth’s 50th Anniversary – Commemorating the past, celebrating the present, creating a legacy

Coming early 2020 and throughout the year
An official kickoff reception will mark the beginning of our 50th anniversary and gather Japan-America Society supporters from the last half-century. Additional events will highlight accomplishments in Japan-North Texas relations since the 1970s, the richness of Japanese performing arts, and the opportunities for growth in business between Japan and the Lone Star State. JASDFW will also have many of its traditional annual events – the Mochitsuki New Year’s Celebration, Japan Update/Japan Currents, the Sun & Star Legacy Award Dinner, the Annual Meeting and Members’ Social, the Otsukimi Moon Viewing Festival, the Sun & Star Golf Classic, the Bonenkai Forget the Year Party, and more.

A special logo connects the Japan-America Society’s recent past with the potential of its promising future. In the design process, historical logos and iconic images were consulted in order to honor the organization’s legacy. JASDFW’s current logo will exist for certain programming in 2020 and event-specific imagery will continue, such as the Sun & Star Legacy Award logo and the Otsukimi Moon Viewing Festival logo.

The 50th anniversary logo incorporates the past, present, and future of the Japan-America Society of Dallas/Fort Worth. The cherry blossom (sakura) within the stylized zero numeral has been a logo element since the Society’s early days. Its three-quarter representation is also reminiscent of a rising sun – a staple of Japanese iconography – and a luminescent moon, which features prominently in the Society’s annual Otsukimi Moon Viewing Festival.

The “Japan America Society and Dallas Fort Worth” lettering is in the same font as the Society’s current logo, creating a connection with the recent growth of the organization. JASDFW’s current blue shade receives a darker and sleeker makeover to serve as a contrast with the prestigious gold color of “50 years.”

Gold is the symbol of esteem and connects with the organization’s 50th, often known as the golden anniversary. The “50 years” font is a minimalist take on typography, emblematic of new logo trends, while also possessing the energy and optimism that will define the future of the Japan-America Society of Dallas/Fort Worth.

Released early 2020
There will be a timeline, showcasing the organization’s major moments over the last 50 years, including the decision to add Fort Worth to the company name in 1995 and the historic Grassroots Summit in 2012. Similarly, an infographic will compare fascinating facts from the early 1970s with the present day. Lastly, 50 photos will showcase some of the most memorable events and experiences of the last 50 years.

Released January 2020
For those wanting to contribute to the legacy and future of the Japan-America Society of Dallas/Fort Worth, there will be opportunities to give. The campaign will focus on JASDFW’s strongest programming, while also looking to future initiatives designed at strengthening the link between Japan and North Texas.