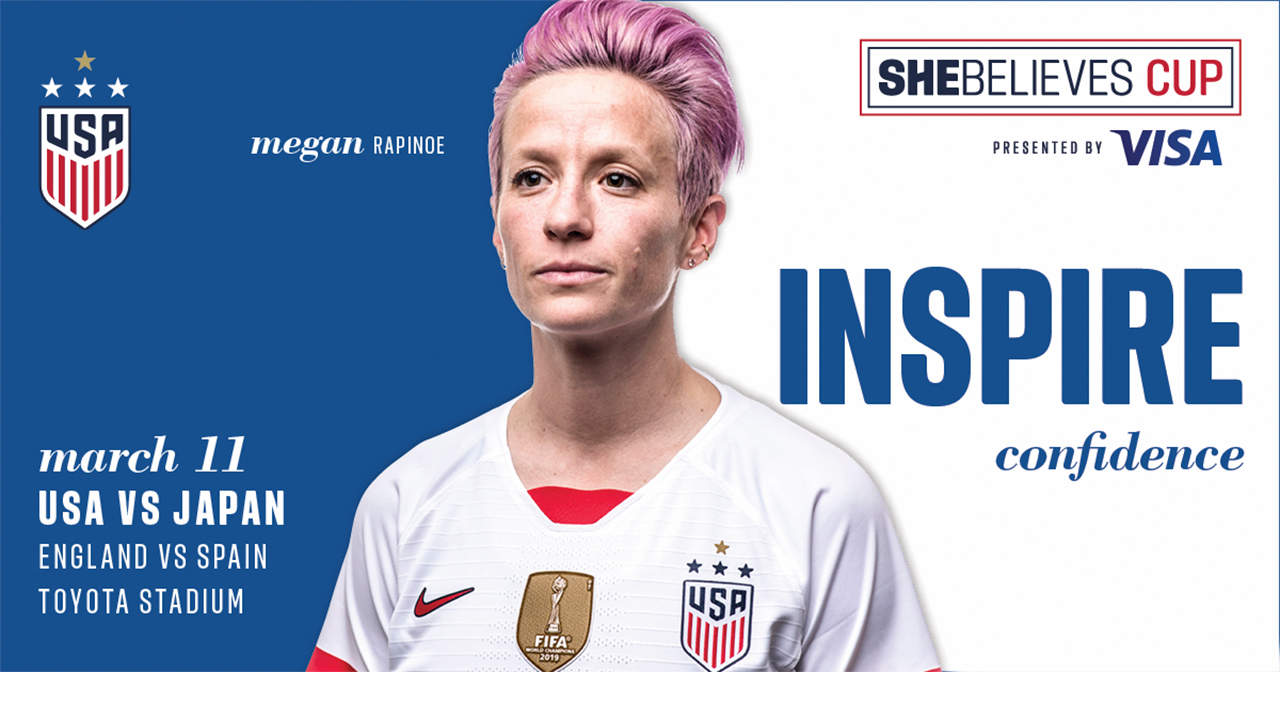 Come see Megan Rapinoe and Team USA face off against the Japan National Women’s team on March 11 in the 2020 SheBelieves Cup!

The SheBelieves Cup is the showcase event for the campaign that aligns many of the world’s most talented female soccer players to compete in the United States while providing a stage to spotlight role models and display their accomplishments both on and off the pitch.

The 2020 SheBelieves Cup will take place from March 5-11 as three of the top teams in the world – England, Japan and Spain – join the USA for the most elite four-team international tournament in women’s soccer. The format will be the same as in previous four years with the teams participating in three doubleheader events at three different venues over a seven-day period. All three of the USA’s matches will be broadcast on the ESPN family of networks and in Spanish on TUDN. 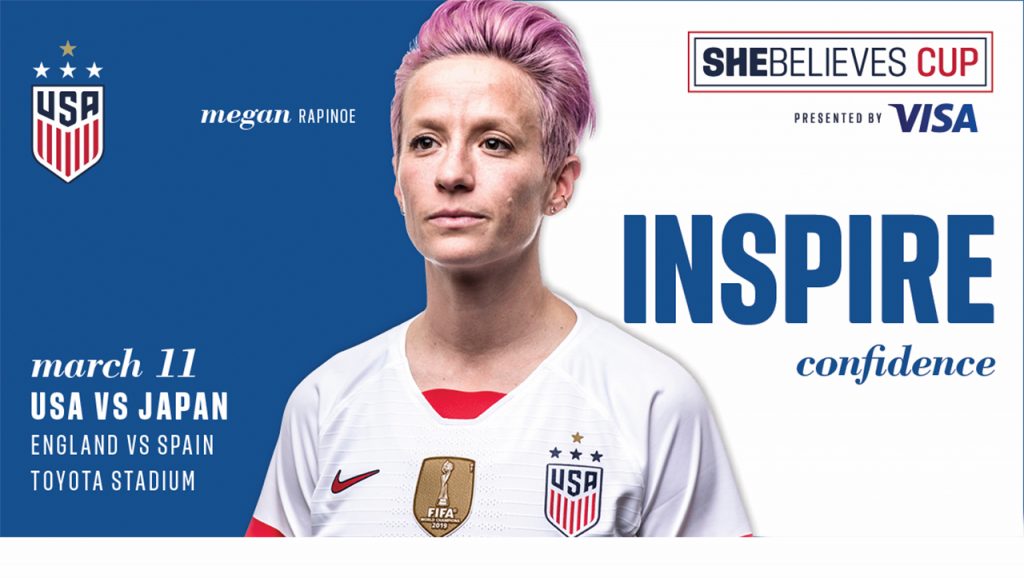