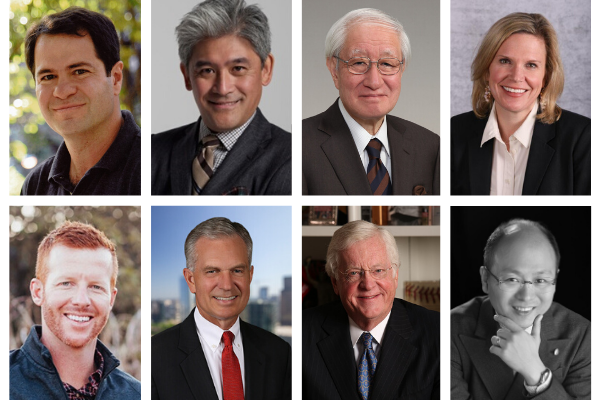 Japanese and American Experts to discuss the role of Baseball in U.S.-Japan Relations

January 17, 2020 (Plano, TX) – The Japan-America Society of Dallas/Fort Worth (JASDFW) announces its annual Japan Currents Symposium on Thursday, February 13, at the Dallas/Addison Marriott Quorum. This program brings leading thinkers from both Japan and the U.S. to explore current and future issues that affect the critically important bilateral relationship. Past topics range from international trade to politics, security, and the globalization of Japan’s economy. This year’s theme is “The Business and Diplomacy of Baseball in U.S.-Japan Relations” and is inspired by the coming 2020 Summer Olympic Games in Japan. The symposium, which is open to the public, begins at 12:00 p.m. with a luncheon program (11:30 am registration), and ends at 3:30 p.m. after an afternoon panel session

The luncheon will feature speakers Ambassador Ryozo Kato, former Ambassador from Japan to the United States (2001-08) and former Commissioner of Nippon Professional Baseball; Dale Petroskey, President and CEO of the Dallas Regional Chamber and former President of the National Baseball Hall of Fame and Museum; and Ambassador J. Thomas Schieffer, former Ambassador from the United States to Japan (2005-09) and former President of the Texas Rangers Baseball Club. Dr. Hiroki Takeuchi, Associate Professor of Political Science and Director of the Sun & Star Program on Japan and East Asia in the Tower Center at Southern Methodist University, will moderate.

Tickets are available at www.jasdfw.org at $45 for members and $55 for non-members. The member rate is also available for members of the cooperating organizations, which at the time of print, are the City of Addison’s Office of Economic Development, the City of Plano’s Office of Economic Development, the Dallas Japanese Association, the Dallas Sports Commission, the Irving Economic Development Partnership, the Japan External Trade Organization (JETRO) Houston, and the World Affairs Council of Dallas/Fort Worth. Tickets are subject to availability. Advanced registration is encouraged. Registration opens at 11:30 a.m., the luncheon program begins at 12:00 p.m., and the panel session follows from 2:00 p.m. to 3:30 p.m.

The Japan Update Symposium is presented by the Japan-America Society of Dallas/Fort Worth with lead sponsors the Embassy of Japan (Washington, D.C.) and the National Association of Japan-America Societies (NAJAS). Additional support is graciously provided by Toyota and American Airlines serves as the exclusive airline sponsor. The symposium is presented in collaboration with Southern Methodist University’s John Goodwin Tower Center for Public Policy and International Affairs.

The Japan-America Society of Dallas/Fort Worth is a non-profit organization founded in 1970 to encourage friendship and mutual understanding between Japanese and Americans in North Texas through business, cultural, and educational programs. The 2020 Japan Currents Symposium is part of the Society’s 50th anniversary programming.